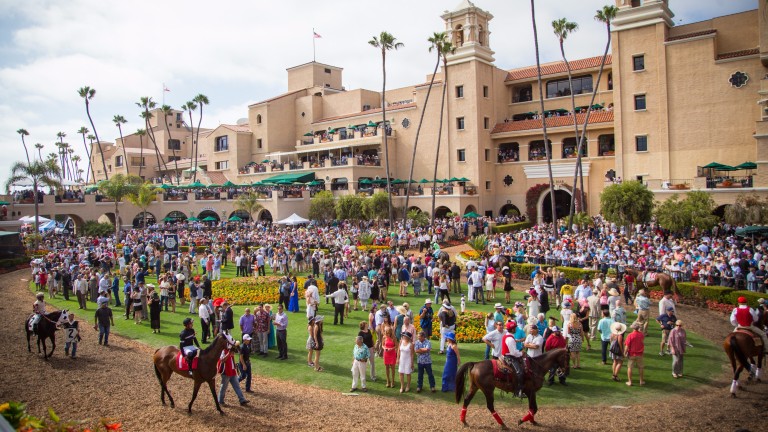 It was a bit surprising to see Churchill entered for the Breeders' Cup Classic – despite Ballydoyle's established desire to have runners in the race – and the immediate thought was he has no chance of making a serious impression.

The dual Guineas winner would be having his first start on dirt, a surface he is not really bred for and he is due to face some tremendously talented rivals in a race that looks set to live up to its billing.

A close inspection of Churchill's mainly turf pedigree does offer some hope of him handling the conditions. He is out of a mare by Storm Cat, the sire of the same connections' Giant's Causeway, who failed by just a neck against Tiznow in an epic Classic at Churchill Downs in 2000.

Churchill's own sire Galileo also contested the Classic, finishing a creditable sixth of 13 at Belmont Park in 2001 – again it was Tiznow who triumphed that day. However, Galileo was still some way below his best turf form.

Churchill's dam Meow was second on an artificial surface at Dundalk on her debut, but the Polytrack there does not compare to dirt, and she was subsequently campaigned on turf. Meow's other progeny of note is Clemmie, who is also by Galileo and has been this season's star juvenile filly – on turf.

Without wishing to labour the point, Churchill shares the same sire and damsire as Gleneagles, himself a dual Guineas hero but who barely raised a gallop behind American Pharoah when switched to dirt in the 2015 Classic at Keeneland.

You get the message. This probably isn't Churchill's game. He did shape at Ascot last week – when third in the Queen Elizabeth II Stakes – as though there might still be more in the tank, and his connections should be applauded if they decide to have a go. But this would be a mighty tough task.

It will be interesting to see who Ryan Moore rides should O'Brien's War Decree also line up. A son of War Front, this one looks more likely to handle the underfoot conditions than his higher-profile stablemate.

For the record, O'Brien is 0-14 in the Classic, although Declaration Of War – by the same sire as War Decree – missed out by just a head and a nose when third at Santa Anita in 2013.

FIRST PUBLISHED 6:42PM, OCT 25 2017
A close inspection of Churchill's mainly turf pedigree does offer a some hope of him handling the conditions