Chocala drops in trip in bid for first win over hurdles 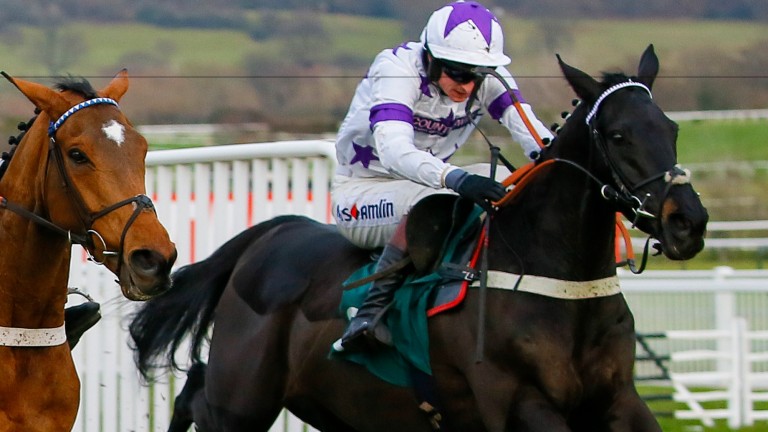 A fascinating finale which features a number of horses who appear to have plenty of potential off their current marks.

Chocala, a 92-rated staying handicapper on the Flat, doesn’t look overburdened with a hurdles mark of 127 following two good efforts in novice company behind Reigning Supreme and Strong Pursuit, while Discours D’Un Roi makes his British debut on the back of some encouraging home work.

An impressive winner of a maiden hurdle on his first start for the trainer at Ascot in November 2015, he was turned over at 1-4 by Chef D’Oeuvre on his only subsequent start on bottomless ground at Lingfield 13 months ago.

Kapstadt, who could never get into the race from well off the pace behind Superb Story at Musselburgh on New Year’s Day, makes a quick reappearance as one of two Ian Williams runners. His previous impressive Cheltenham win would make him of some interest here.

This race has been won by lightly-raced, young hurdlers, aged between four and seven in recent years. Based on that evidence, some punters will be dismissing the claims of the quartet of eight-year-olds - Cloonacool, Faithful Mount, Maestro Royal and John Reel.

Stuart Edmunds, trainer of Cloonacool
He seems well. We’re putting blinkers on him for the first time because I just felt he saved a bit for himself at Kempton last time. A stiff two miles will suit and he has plenty of ability. His hurdles mark is 10lb below his chase rating so we thought we’d try to exploit it.

Alan King, trainer of Chocala
He's still a maiden over hurdles but he travels well in his races and, having run very well in two-and-a-half-mile novices at Newbury and Wincanton this season, might be suited coming back to two miles. He could be competitive off this mark.