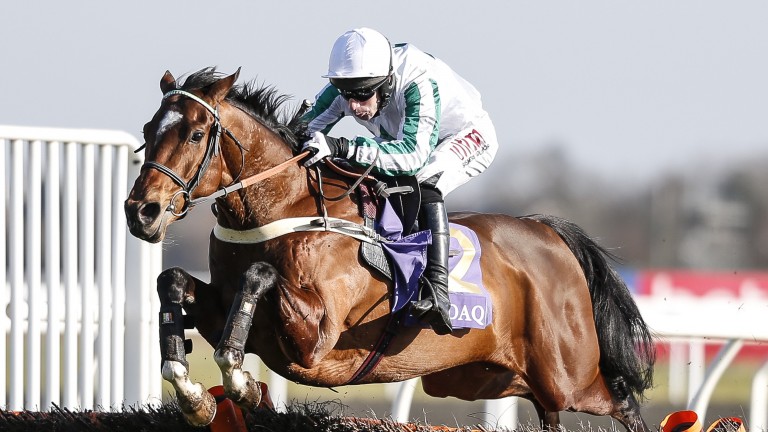 Redicean pings a flight on his way to winning the Adonis Juvenile Hurdle
Alan Crowhurst
1 of 1
By Lee Mottershead UPDATED 5:44PM, MAR 6 2018

They bred him, sold him and have now bought him back, with Cheveley Park Stud's Patricia and David Thompson hoping a late swoop for star juvenile Redicean will be rewarded with victory in the JCB Triumph Hurdle.

The Thompsons paired Medicean and Red Halo, the product of their union being Redicean, who was initially sold for 50,000gns but no doubt cost much more to reacquire having landed all three of his Kempton jumps outings this winter for Alan King.

So impressive was Redicean in last month's Adonis Hurdle that he is now challenging long-time ante-post market leader Apple's Shakira for Triumph favouritism.

Indeed, only a handful of firms are still prepared to offer 9-2 about Wayne Hutchinson's mount, who will carry the Patricia Thompson silks made famous when Party Politics won her the 1992 Grand National just days after she bought the giant stayer.

Cheveley Park managing director Chris Richardson confirmed Redicean's purchase from Apple Tree Stud, and said: "Mr and Mrs Thompson have bought a few horses to run in the Grand National over the years and this really follows on from that. They hope to expand the number of horses they have in National Hunt and they're both looking forward to being at Cheltenham to watch Redicean run. 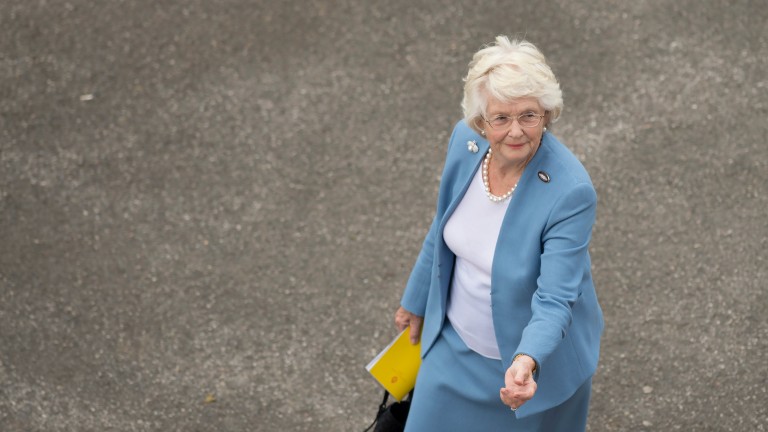 "Redicean is a horse we bred, so we have followed his progress closely. He has been impressive in all three of his jumps outings at Kempton, so Mrs Thompson decided she would try to buy him."

Writing in his Racing Post Weekender column, King said: "I'm delighted to have the Thompsons back in the yard as I trained for them when I first started and I particularly remember their Solo Mio going down narrowly to the great Baracouda in the National Spirit Hurdle."

Asked who Cheveley Park's next jumps recruit might be, Richardson added: "With Mr and Mrs Thompson you never quite know – that's the wonderful thing about them. There are no active plans to buy any particular jumpers at the moment, but they enjoy every aspect of the sport, so I'm always waiting for the phone to ring!"

FIRST PUBLISHED 1:46PM, MAR 6 2018
He is a horse we bred, so we have followed his progress closely

Blow for Henderson as Pentland Hills set to miss season with leg injury 'I've got no family, I've got a few pennies, I might like to have a go at this'