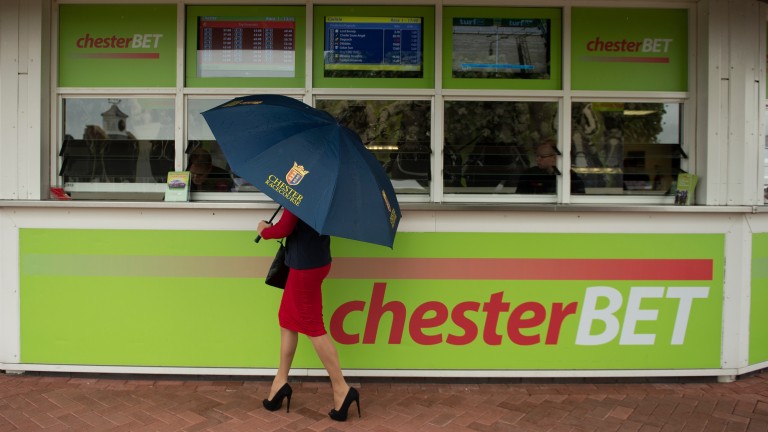 A new five-year deal has been agreed for in-house betting at Chester and Bangor
Edward Whitaker
1 of 1
By Bill Barber 7:13PM, DEC 7 2016

Delivery of the in-house betting services at Chester and Bangor has been taken over by tote operator Premier Gateway International (PGI) in a five-year deal starting in February.

The agreement includes the on-course ChesterBET and BangorBET platforms but there are also plans to launch a mobile app from the start of Chester's season in May.

Their strategy also includes the provision of pool betting when Betfred's exclusive tote licence runs out in July 2018, which could affect wider plans among Britain's racecourses to set up a pool-betting operation.

The Chester Race Company (CRC), which owns Chester and Bangor, took its betting operation in-house in 2012, resulting in the Tote's withdrawal.

The service has been run by Data Tote since then, although they were taken over by Merseyside-based tote and pools betting company Sportech in 2013.

CRC chief executive Richard Thomas said: "The customer experience is paramount and with the new technology that we're working on our customers will see a real difference.

"We're now in a great position when the pool licence expires in 2018 to be able to offer both fixed-odds and pool bets and in the meantime our new systems will help drive significant additional opportunities."

PGI is based in the Isle of Man and is a joint venture between Australian gambling giant Tabcorp and South African operator Phumelela.

Its chief operating officer Sam Nati said their objectives were aligned with Chester's.

"That is to add value through innovation and global integration and, perhaps most importantly, to ensure the long-term sustainability of racing," he said.

"We also believe, more broadly, that PGI has something to offer the UK horseracing industry and have already initiated processes with the UK Gambling Commission to ensure that the appropriate licences are in place for that to happen in the future."