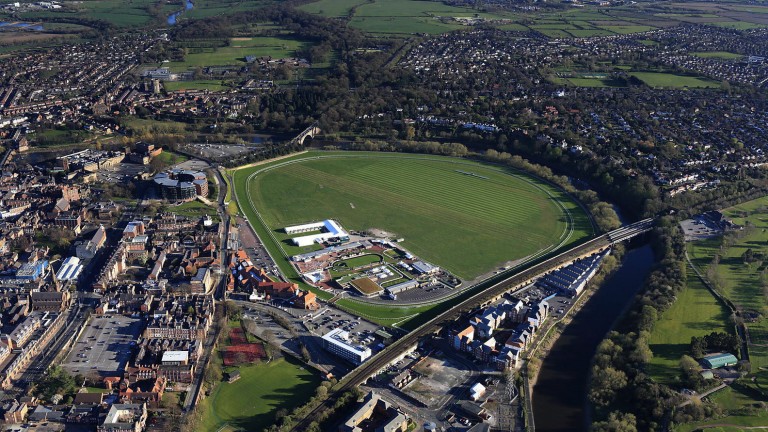 Chester: recognised as the oldest racecourse in operation
1 of 1
By Kitty Trice UPDATED 1:02PM, APR 19 2019

Chester has been officially recognised by Guinness World Records as the 'Oldest Racecourse Still In Operation'.

Chester, which was established as a racecourse in 1539 under the decree of Mayor Henry Gee, revealed it had been awarded the prestigious Guinness gong before launching a pop-up exhibition on Thursday evening entitled ‘Going the Distance - 480 Years of Racing at the Roodee’.

The track's chief executive Richard Thomas said: “We're absolutely delighted to have been presented the title of Oldest Racecourse Still In Operation by Guinness World Records.

"The accolade couldn’t have come at a better time as we celebrate our 480th year on the Roodee and are about to begin another season of racing.

"We're so proud of the engaging, immersive experience we provide each raceday at Chester, and believe the mix of atmosphere,
colour and vibrancy we produce is second to none.”

Former England footballer Michael Owen, who with Andrew Black owns local yard Manor House Stables, home to trainer Tom Dascombe, said: “Owning a horse, the whole buzz that goes with it and having a runner at Chester, my home track, was the start of a love affair that lasts to this day.”

The pop-up exhibition on the history of Chester racecourse is being staged at the Chester Grosvenor Museum and members of the public can visit it for free from Saturday until October 6.

FIRST PUBLISHED 9:56AM, APR 19 2019
Owning a horse, the whole buzz that goes with it and having a runner at Chester, my home track, was the start of a love affair that lasts to this day