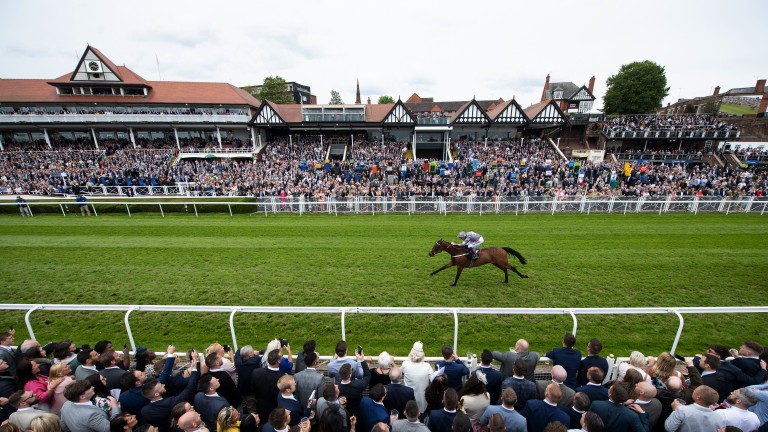 Despite fears of a further significant delay, Chester has been given the go-ahead to start its season just a day later than scheduled next month.

The comeback meeting on Sunday, August 9 has been pushed back to the Monday evening, with Windsor's fixture moving in the opposite direction. The race programme at both meetings will remain unchanged.

The return of racing at Chester had been cast in doubt as the city walls and open course are public land, meaning controlling social distancing would be a major challenge.

In announcing the fixture switch on Monday, the BHA said the change has been made to "minimise the risk of gatherings around the racecourse at Chester which may take place on weekends".

The track's chief executive Richard Thomas said: "We didn't think we'd be able to race at all, so it's a positive.

"We've moved it to a Monday so there's as little disruption as possible in the city with people enjoying the open course if the weather is nice.

"It's great that we're racing and although there'll be no crowds, we're delighted to be welcoming owners back to the course."

Chester's following fixture on Friday, August 14 is set to go ahead as planned, but the meeting on Sunday, August 23 is unlikely to be held on that day.

Thomas added: "We've got our first two fixtures in August and we're trying to move the third one to a day that is not a weekend. After that, hopefully we'll get our fixtures back in September and return to a bit more normality."

FIRST PUBLISHED 9:00AM, JUL 28 2020
We've moved it to a Monday so there's as little disruption as possible in the city with people enjoying the open course if the weather is nice