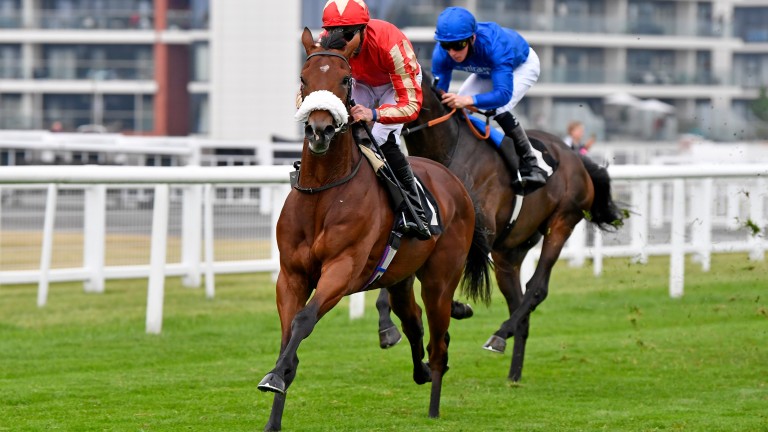 While the Chesham is not the cavalry charge that it may appear in the mind's eye, the average field size this century has been 13 and this is the first year in that timeframe when the field has had fewer than 11 runners.

What is fairly typical, unlike in the other two-year-old races this year, is the inexperience of the runners. Pinatubo last year was a fairly atypical winner in having two prior runs – only he and Tha'ir among the winners of the 2010s were so experienced. All eight this year come on the back of one run, which the other eight winners in the last ten years had in common.

It is not necessary to have won on your previous run, none other than a subsequent Guineas winner in Churchill showed that in 2016, but it might be harder this year given the short turnaround to show the necessary improvement.

Battleground is from the Churchill mould having finished only fifth on his debut at Naas ten days ago, which bear in mind was essentially the first opportunity in Ireland. If there is one trainer's horses who can be relied upon to develop from first run to second, it is Aidan O'Brien.

You would also feel pretty comfortable betting on Battleground's long-term achievement. He is the first foal of 2016 Arc winner Found and is by War Front, one of Coolmore's preferred stallions when they want to inject a bit of speed and precocity.

His form is naturally a bit off what some of the winners have achieved. Narrow form pick is Modern News, who won over 6f at Newmarket while looking an obvious candidate to go up in trip. His time was a pretty good one and he went through the race easily enough, advertising his class.

Bright Devil is also a likely improver, for different reasons. On his pedigree, you would never have picked him for the Royal Ascot nominations list; he is bred for middle distances. He belied that when winning at 25-1 on his debut, Oisin Murphy making an early break for the rail and making it count. He won well enough to think the rail bias at Newmarket that week was not decisive and on his breeding he must surely have been nominated for Royal Ascot with only the Chesham in mind.

Aidan O'Brien, trainer of Battleground
He had a lovely run first time out at Naas and we think he'll love the step up to seven furlongs. He hasn't done a lot since Naas as it wasn't too long ago, but we've been very happy with him.

Richard Hannon, trainer of Clarendon Cross
He ran against a couple of these first time at Haydock, where he outran his odds to finish third. He has come on for the experience at home and should enjoy the stiff seven furlongs.

Charlie Fellowes, trainer of First Prophet
He's absolutely fine. I was a bit worried he might get a bit buzzed up from his race the other day at Newbury and I’ve been looking for excuses not to run him but I’m afraid I don’t have any. He couldn’t have taken it any better, has eaten everything since the race, is moving well and seems nice and relaxed. I think the stiff seven furlongs will suit, any rain is not a problem for us, and hopefully he goes there with a cracking chance. He’s a funny one because a bit like what you saw on the track is how he is at home. On the gallops he’d never blow anything away and he only does as much as he has to, which possibly is why he’s come out of it so well. If that’s true, I might have a better horse on my hands than I realise.

Charlie Appleby, trainer of Modern News
We were very pleased with him on his first start at Newmarket and we're confident the step up to seven furlongs should see further improvement. He was very professional on his debut and we feel he heads into this race with all the right credentials.

FIRST PUBLISHED 6:00PM, JUN 17 2020
Battleground had a lovely run first time out at Naas and we think he'll love the step up to seven furlongs