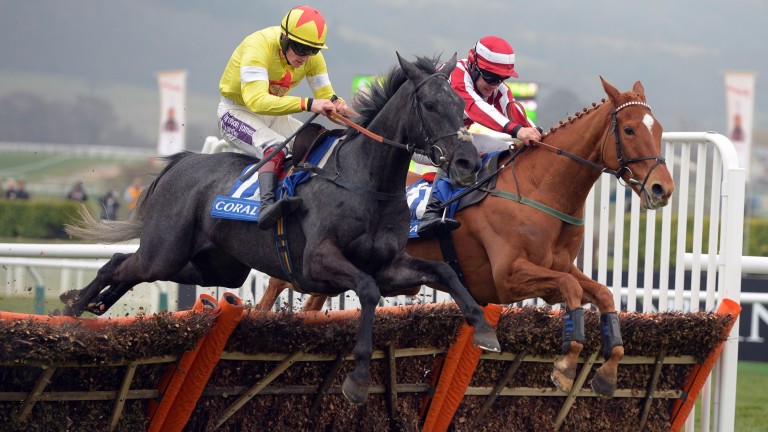 Cheltenham Festival winners Dynaste and Aux Ptits Soins will be among the star attractions on a strong card at Kelso.

The fixture – which is subject to an 8am inspection with forecasts of -1C overnight – also features the popular Persimmon Homes Scottish Borders National (2.20) and prize money of more than £100,000.

Aux Ptits Soins will be making only his third racecourse appearance since his win in the 2015 Coral Cup, his sole appearance last season having been a fifth-placed finish in the Ryanair World Hurdle with his seasonal reappearance resulting in a shock defeat at 2-7 in a 2m3f novice chase at Exeter.

The six-year-old steps up to 2m7f for his second appearance over fences and is likely to be a warm order, despite meeting a useful previous chase winner in The Dutchman, whose trainer Sandy Thomson took the race 12 months ago with the classy Seeyouatmidnight, and a potentially smart debutant in Westren Warrior.

Nicholls has a 44 per cent strike-rate with his Kelso runners in the last five seasons, but he warns it will be some time before Aux Ptits Soins is back to his very best.

He said: "Aux Ptits Soins needed the run the other day, and he needed the experience too. It's hard to find the races for these horses, which is why we are going up to Kelso.

"The trip will suit him better, and going a bit steadier will help his jumping, but it's a long-term game with him after all the problems he had last year. It's going to take a little while to get him back where we want him."

Dynaste heads the weights in what looks a decent veterans' chase (2.50), and David Pipe is hopeful that he has a good chance of getting back into the winner's enclosure for the first time since his second Grade 1 win in the 2014 Ryanair Chase at Cheltenham.

Pipe said: "He ran well last time at Wetherby and it helps being able to drop him to this class for the first time. Conditions will suit, and we hope he will run well."

Nicholls runs Aerial and said: "This is the last qualifier for the £100,000 final at Sandown and we wanted to make sure we were in that. The trip will be far too sharp for him at Kelso, and 3m round Sandown will suit him much better, but to be fair he won well last time and the lad gave him a great ride, so he's not without a chance."

Weights for what looks a highly competitive Borders National are headed by Royale Knight, who has cheekpieces fitted for the first time after a lack-lustre effort last time when bidding to win the Durham National for a third successive year.

Carrigdhoun, trained by Grand National-winning trainer Maurice Barnes and bidding for a hat-trick after two good wins at Carlisle in October, and Harry The Viking, a stablemate of The Dutchman and so trained in the Borders, will be trying to keep the £40,000 prize closer to home.

FIRST PUBLISHED 6:00PM, DEC 3 2016
The trip will suit him better, but it's a long-term game after all the problems he had last year