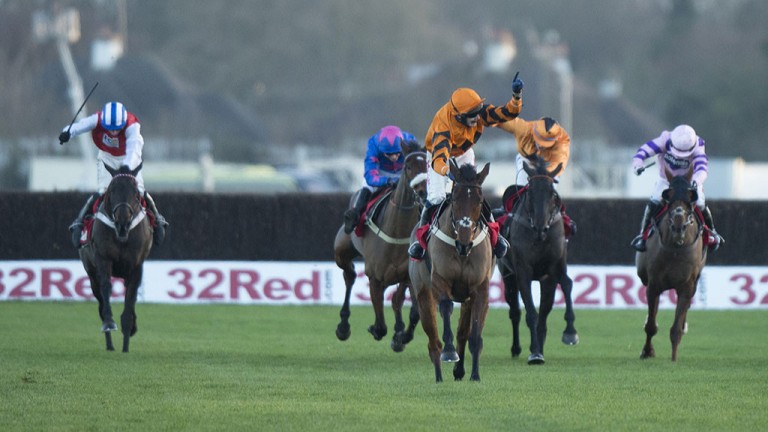 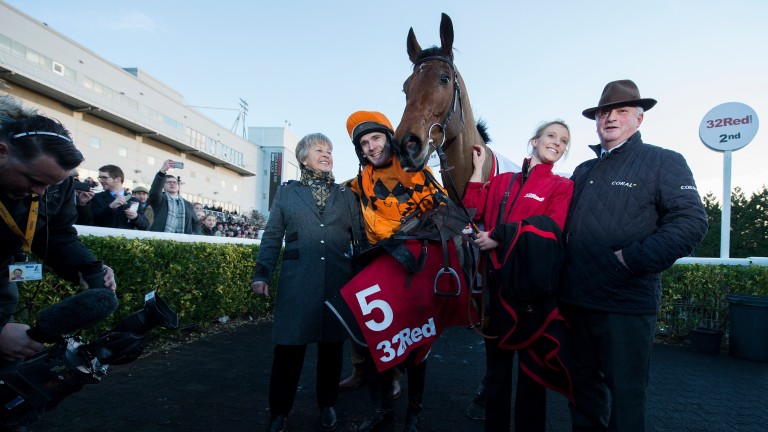 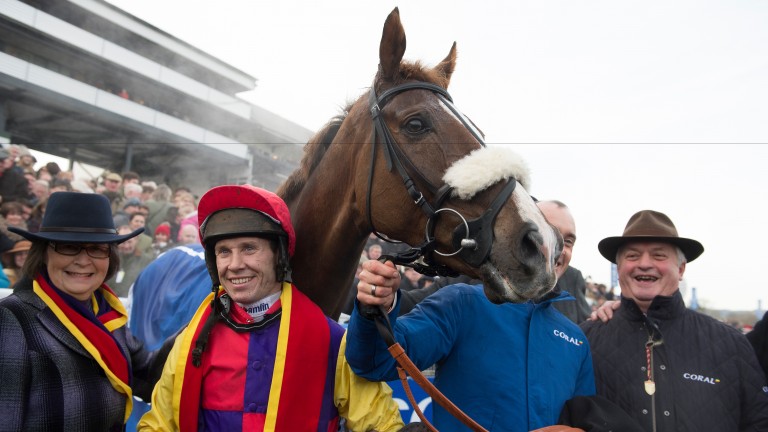 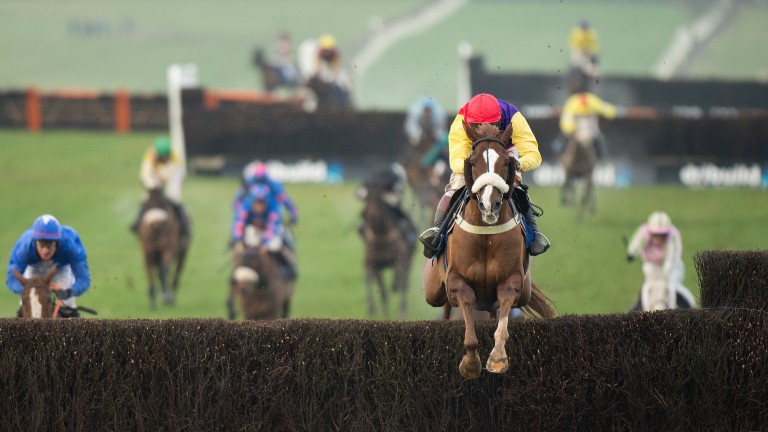 Christmas cracker: Tom Scudamore celebrates as Thistlecrack powers up the run-in to blitz his rivals in the King George at Kempton
Edward Whitaker (racingpost.com/photos)
1 of 4
By Lewis Porteous 6:27PM, JAN 5 2017

Thistlecrack, Cue Card and Native River were all reported to be in A1 shape on Thursday as they recuperate from their runs over Christmas, with assistant trainer Joe Tizzard confirming 32Red King George VI Chase winner and Timico Cheltenham Gold Cup favourite Thistlecrack is on course for the Betbright Trial Cotswold Chase at the end of the month.

“They’ve all come out of their races fine and we couldn’t be happier with them,” said Tizzard jnr. “We’ve flu jabbed them again after their runs. They’ll have an easier couple of weeks and then we’ll start to build them back up.

"It’s more than likely Thistlecrack will go for the Cotswold Chase on January 28 to get another run into him around Cheltenham before going to the Gold Cup.”

Plans are less certain for Kempton runner-up Cue Card and Welsh Grand National hero Native River, although the Betfair Denman Chase on February 11 could be Native River’s next port of call.

Tizzard also reflected on the handicapper’s assessment of Thistlecrack’s stunning Kempton victory, which earned him an official rating of 171, just 1lb below Coneygree's Gold Cup-winning mark as a novice in 2015. Racing Post Ratings judged the effort to be worthy of a 178 figure.

He said: “It’s the highest mark for a novice at this stage of the season but it was a good performance. Phil Smith [BHA's head of handicapping] spoke to Dad before he announced it and I think we all agreed that’s about where he’s at.”

FIRST PUBLISHED 6:27PM, JAN 5 2017
We’ve flu jabbed them again after their runs. They’ll have an easier couple of weeks and then we’ll start to build them back up