Cheltenham to unveil statue of McCoy on day one of festival 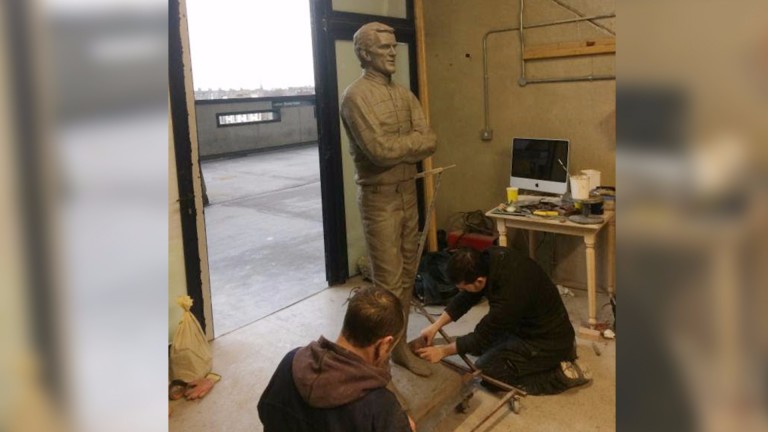 Sir Anthony McCoy will be commemorated at his spiritual home after Cheltenham announced a statue of 20-time champion jockey is to be unveiled on the opening day of the festival on Tuesday, March 14.

McCoy, who retired from the saddle at the end of the 2014-15 season as the all-time winningmost jump jockey, registered 31 victories at the festival, including two Cheltenham Gold Cups on Mr Mulligan (1997) and Synchronised (2012) and three Champion Hurdles on Make A Stand (1997), Brave Inca (2006) and Binocular (2010).

The lifesize bronze, crafted by Dublin-based sculptor Paul Ferriter, will be situated on the Best Mate Plaza by the north entrance to the racecourse.

McCoy said: "I thought most people got a statue when they were dead. I guess it will give the birds somewhere to sit.

"I last saw Paul's work about seven weeks' ago, just before it was about to get bronzed and it look very, very good. I took some videos and showed them to friends who agreed that Paul has really captured my likeness.

"Some of my friends were wondering whether the statue was going to be the old or new me – the 10 stone one or the 12 stone one."

Ian Renton, Cheltenham's regional director, said: "The achievements of Sir AP McCoy are truly outstanding and we are proud to recognise them with this permanent tribute at the home of jump racing.

"Paul's work is absolutely outstanding and it will be a great prelude to the festival when the statue is unveiled to the public before racing on Champion Day."