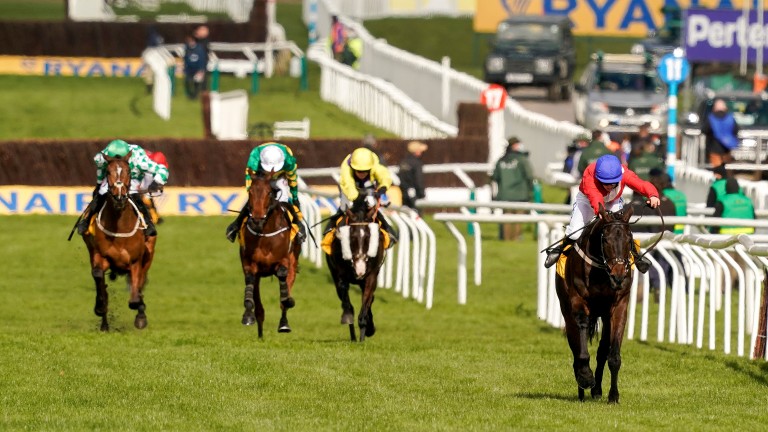 Champions absorb the blows and come out fighting. So nobody should have been surprised to see Willie Mullins bounce off the canvas and launch a knockout punch of his own in the shape of the devastating Allaho.

The perennial Irish title-holder had not been having a bad festival by most people's standards. Far from it. One winner on Tuesday and two on Wednesday had extended his own record at the sport's biggest meeting.

But Mullins is not most people and near-misses in the Mares' Hurdle and the Queen Mother Champion Chase – which still frustratingly eludes him – were painful.

He reflected: "Concertista getting beat, who was my banker of the week, and Chacun Pour Soi. They were body blows.

"Coming out of Cheltenham yesterday with a double and three winners in the bag - we didn't hop, skip and jump out of the place. It's great when you have a winner at Cheltenham, but it just shows you how hard it is."

It is hard to win any race here and the Ryanair Chase looked one of the hardest of the week, with nine horses rated 160 or higher by the BHA in arguably the deepest field of the meeting.

Yet Allaho made it look like a one-horse race, scoring in a style that would leave any trainer "gobsmacked".

Simply put, he destroyed that supposedly deep field. In front from the third fence under Rachael Blackmore, he set a pace which had them all on the stretch.

Stablemate Min was the only other runner to go with him, but he paid for his efforts and was eventually pulled up. The patiently ridden Fakir D'Oudairies (11-2) kept on for second without threatening the winner, who passed the post a handsome 12 lengths clear. Only five of the 11 runners got round. 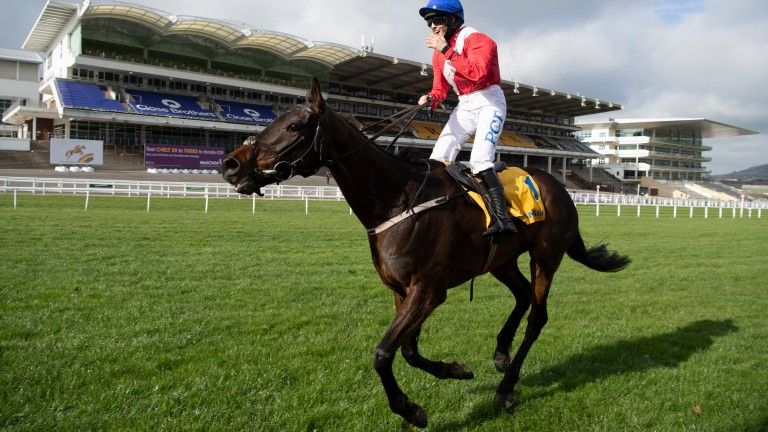 "That was awesome," Mullins said. "His jumping was just so slick. Allaho just did everything right. The first thing I did when Rachael came back in was lift the number cloth and see if the lead bag was in there because it looked like Allaho was just carrying Rachael around there.

"I was as gobsmacked as anyone else watching it. I fully expected the two horses in front, Min and Allaho, to probably collapse coming down to the third-last and if they did, you'd have said both horses went too fast and took each other on. But that's their style of racing and we just had to hope that one of them would be good enough."

Allaho had been campaigned over three miles prior to this season and finished placed over that trip in the Albert Bartlett Novices' Hurdle and RSA Novices' Chase in the last two years.

But he won when dropped back to this distance at Thurles in January and Mullins is happy to shelve attempts to extend stamina - for the time being.

The trainer said: "I was hoping he could do that over three miles but if he's only a two-and-a-half-mile horse that will do me, if he can repeat that performance.

"Watching him at home I've always thought that he's a galloper and a jumper, you don't need to hold him up. I felt that he could stay but obviously that trip suits him better."

But 3m is an easier test at Kempton than at Cheltenham and Mullins hinted that a crack at the King George VI Chase could be a long-term target.

He said: "Maybe over a less demanding track we could look at a King George with that style of running. But we'll have a word with Cheveley Park and see what they would like to do. I think it's there to be discussed."

Success was a boost for the owners, whose Envoi Allen had fallen in the Marsh Novices' Chase. And nor was it a bad omen for the Mullins-trained Al Boum Photo's bid to land a third straight Gold Cup on Friday.

"We brought over a great team and it's starting to shape up now," Mullins said. "We've good chances tomorrow."

Seven of the 11 jockeys in the race were given one day suspensions due to misconduct at the start of the race.

FIRST PUBLISHED 2:40PM, MAR 18 2021
The first thing I did was lift the number cloth and see if the lead bag was there because it looked like Allaho was just carrying Rachael around there

'An absolute gem of a contest' - Leighton Aspell with his big-race verdict Allaho cut for Ryanair Chase repeat after making all in Thurles Grade 2 'It was an enormous betting race' - bookie reacts to big Clarence House clash Shishkin v Energumene round two could be 'even more exciting' - Henderson Shishkin is triumphant on a day when it was good to have shares in goosebumps Clarence House analysis: start was crucial in giving us the contest we craved