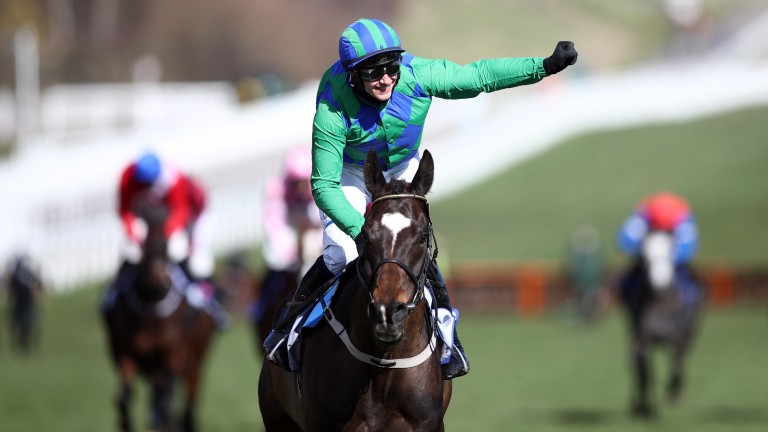 On his own: Paul Townend celebrates as Appreciate It romps home in Tuesday's Supreme
Tim Goode (Getty Images)
1 of 1
By David Carr UPDATED 7:40PM, MAR 16 2021

Some problems are nice to have. Nobody really minds the 'chore' of picking which race to aim your superstar at when you can be pretty confident he will go close whatever you target.

Champion Hurdle or Arkle Chase? Those are the contests that Willie Mullins is most likely have in mind next year after launching this season's Cheltenham Festival with an explosive victory of a like rarely seen in a championship event.

Those left trailing in Appreciate It's wake might have been tempted to add the King's Stand Stakes to that list, such was the speed he showed in simply pulverising the opposition in the Sky Bet Supreme Novices' Hurdle. 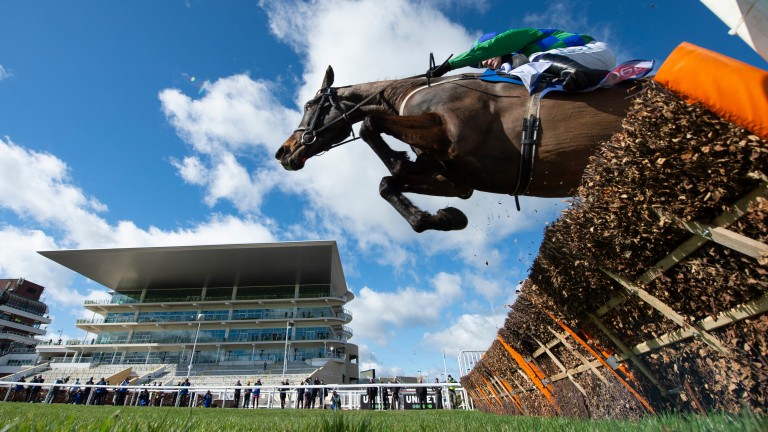 Some had been tempted to use his workmanlike success at the Dublin Racing Festival last month as evidence that he might be found wanting for pace here – in a race where his trainer has had the likes of Asterion Forlonge, Getabird, Melon and Min beaten in recent years.

However, that did not stop him going off a red-hot 8-11 favourite and money did not simply talk, it shouted.

Though his superiority was exaggerated by stablemate Blue Lord coming down at the last flight, handing second place to Ballyadam, who had himself been hindered by a mistake two out, his 24-length winning margin eclipsed even the 17 lengths by which Hors La Loi took this race in 1999.

That horse went on to land the Champion Hurdle, and winning the Supreme at odds-on also points to Appreciate It being something out of the ordinary: Arkle's outstanding contemporary Flyingbolt is among the handful to have done it.

Mullins himself has won the Supreme with horses as good as Douvan and Vautour in the past, and said: "The way he finished the race today he looked as good as any of them. You'd have to think that was a Vautour-like performance, wouldn't you? The way he destroyed them up the hill was fantastic.

"Appreciate It was awesome. Paul [Townend] was exuding confidence the whole way down the hill. It was textbook stuff from Paul and the horse."

Mullins is already the most successful trainer in the meeting's history and has a huge team lined up for the four days with a host of favourites among them.

"Things looked a bit tough rounding the last bend in Leopardstown and we were wondering 'has he done his best work for the year there?' So we brought him home and freshened him up and it seems to have worked. He was just awesome there."

The first winner at a Cheltenham Festival staged behind closed doors returned to a much quieter reception than normal, and Townend said: "It was very different, but we're so lucky to be here and able to take part in the sport that we all love.

"It was different, but I could hear the Irish boys in the corner so it was okay."

A full crowd should be back in 2022, but in which race will they be clamouring to back Appreciate It 12 months on?

Mullins, who has won Champion Hurdles with Hurricane Fly, Faugheen and Annie Power, said: "In my head I had that he would probably be an Arkle horse. I never envisioned him as a Champion Hurdle horse. We'll go to Punchestown and leave that to next season.

Then again, Mullins is the first to admit that he's a rather better trainer than he is ante-post tipster.

He said of last year's Champion Bumper runner-up: "Starting off the season I had him down as a Ballymore horse and probably an Albert Bartlett one if that failed. Here I am after winning three Grade 1s over two miles – so I'm probably the last guy to ask!"