Will it be Willie Mullins' day? We rate his four short-priced festival big guns 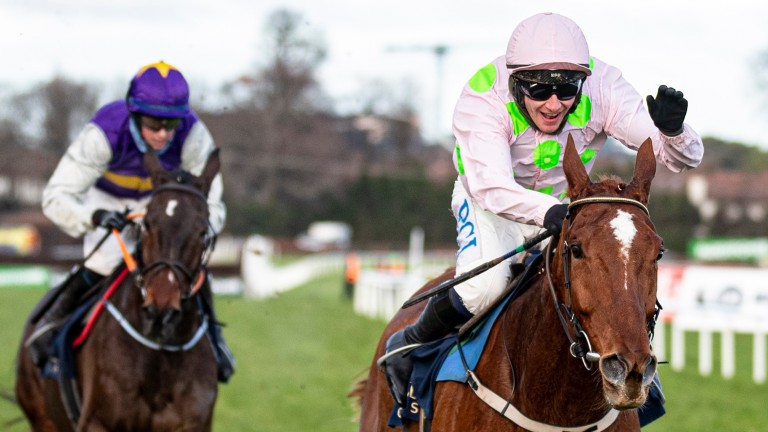 It's the million-dollar question, the answerthat could well determine whether some punters and bookmakers emerge from Cheltenham week with money falling out of every pocket or in total shock: what chance Willie Mullins' four hot Wednesday fancies?

Here's an assessment of the quartet, with a rating out of five on the respective chance of each . . .

Created a huge impression with two Leopardstown wins this winter, on the second occasion showing the combination of speed and stamina over 2m6f which make him tailor-made for the demands of this race.

Both wins were achieved on testing terrain, but the fact he possesses such a high cruising speed suggests he could be even more effective on drier ground at Cheltenham.

Plenty will argue he's not even the right favourite, emphasising the perhaps more solid form claims of Grade 1 scorer Bravemansgame, but one gets the impression Gaillard Du Mesnil can raise his level of performance still further in the Cheltenham cauldron.

Rating: Four out of five.

Cheltenham tips: one key runner from each ITV race on day two of the festival

It's increasingly difficult to pour cold water on claims this tremendously exciting seven-year-old looks unbeatable in this race. Monkfish ticks most of the boxes you look for in a Cheltenham winner, including previous festival form– he landed the Albert Bartlett 12 months ago.

Since then he's made the most spectacular of transitions to fences and people are already drooling about his 2022 Cheltenham Gold Cup claims. His latest win at Leopardstown took the breath away, and it's hard to envisage defeat.

An extraordinary talent, and rates the banker of the entire four days for many.

With Altior lacking the speed he once used to dazzle race enthusiasts and not running, this looks a gimme for Chacun Pour Soi.

Only an 11th-hour setback prevented him strutting his stuff in the Grade 1 last year, and since returning to action he's been flawless with commanding wins at Cork and Leopardstown (twice).

There were shades of Arazi's Breeders' Cup triumph when Kilcruit stalked his way through the field at Leopardstown last month with seemingly no effort to ultimately destroy a Grade 2 field in the most impressive style.

Based on a visual interpretation of that performance he looks a genuine star, and only fools may want to oppose him at Cheltenham.

FIRST PUBLISHED 7:00AM, MAR 17 2021
Based on a visual interpretation of that performance he looks a genuine star, and only fools may want to oppose him at Cheltenham

Decision made: superstar mare Honeysuckle set to stay over hurdles this season New measures can ensure they are all well looked after Group 1 programme not suiting fast-ground horses