Cheltenham live: Min challenging A Plus Tard for Ryanair favouritism 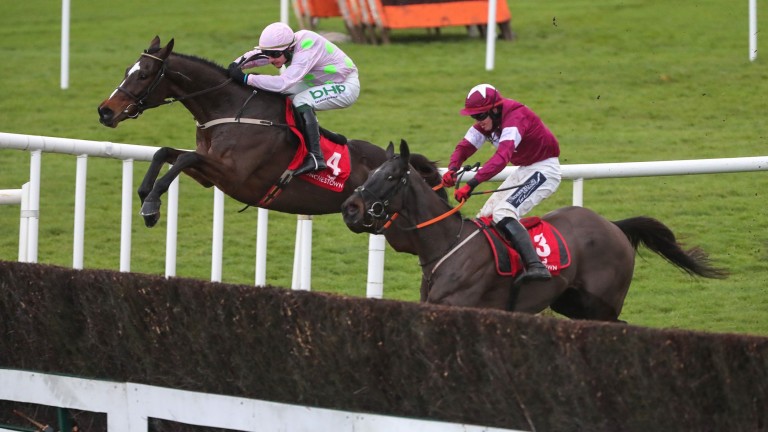 Min is springing towards the top of the market for Thursday's Ryanair Chase
Caroline Norris
1 of 1
By James Burn UPDATED 12:31PM, MAR 12 2020

Politologue made it fifth time lucky at the festival on Wednesday and, if the money coming for Min in the Ryanair Chase (2.50) proves well placed, the consistent nine-year-old could be about to make his mark at the fourth time of asking.

Min was 5-2 at the start of the day – with A Plus Tard an extremely solid favourite – but by 11am he was 2-1 virtually across the board. A Plus Tard is just hanging onto the top spot in the market at 15-8.

Another Willie Mullins-trained challenger, Faugheen, has taken favouritism in the opening Marsh Novices' Chase (1.30). The 12-year-old, and dual festival hero, bids to add more glory to his recent renaissance over fences. 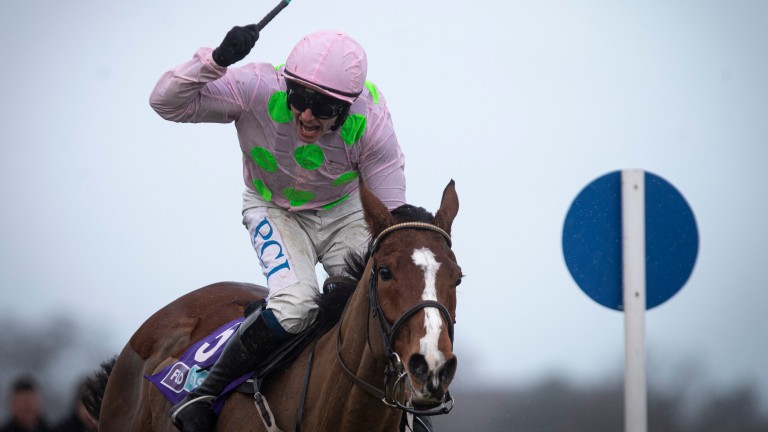 Widely available at 9-2 on Wednesday evening, the 2015 Champion Hurdler now ranges between 3-1 and 4-1 and is the best-backed horse with most firms.

In the closing Fulke Walwyn Kim Muir Challenge Cup (5.30) punters are banking on a rare reverse for the Nicky Henderson and JP McManus combination with ante-post favourite Champagne Platinum a notable drifter. That leaves Jamie Codd's ride Le Breuil at the top of the market.

Elsewhere, the Mullins-trained Colreevy has been backed in from 7-1 to 7-2 for the Daylesford Mares' Novices' Hurdle (4.50). She is closing in on the Henry de Bromhead-trained favourite Minella Melody who is a 3-1 chance.

Going still soft, good to soft in places after 2mm of rain overnight

2mm of rain last night made no impact on the ground for day three of the Cheltenham Festival, and the going remains soft, good to soft in places. 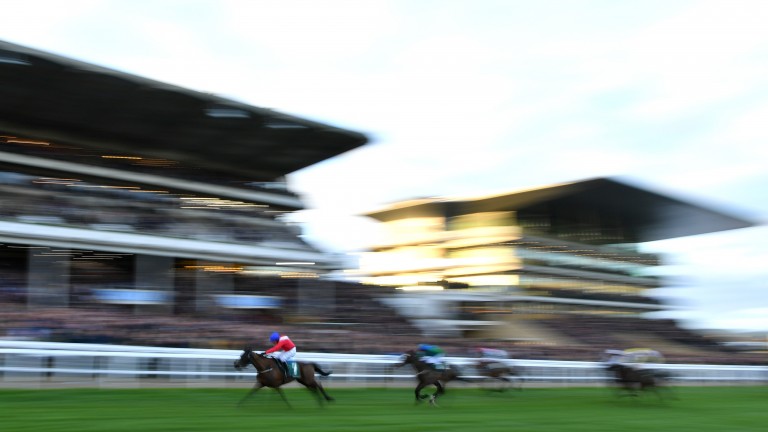 The afternoon's highlight is the Paddy Power Stayers' Hurdle (3.30), which Paisley Park bids to win for the second year running.

An overcast afternoon is forecast today, which could include some sunny spells and highs of 9C.

Alastair Down reflects on day two of the Cheltenham Festival

Cheltenham's clerk of the course Simon Claisse said: "They said there'd be some rain overnight and we gave the New course – which we haven't used since this time last year – as soft, good to soft in places last night. That little bit of rain hasn't made any difference at all.

"The boys were out on track until 7pm or 8pm last night as they had to move several miles of rail as we move from the Old [course] to the New for days three and four of the festival."

The card starts at 1.30 with the Grade 1 Marsh Novices' Chase.

In with the new

As Claisse mentioned, Cheltenham switches to its New course for the final two days of the festival and champion jockey Richard Johnson – writing in his Racing Post column – explained: "Compared to the Old course, the New course places a greater emphasis on stamina. Over hurdles it's an awfully long way from jumping three out to the line, so you definitely need a horse who gets the trip.

"You cover a lot of ground from the top of the hill to the bottom and then from there to the finish it can be a tiring climb. The problem is a lot of horses begin racing as soon as they start down the hill, so by the time they reach the bottom of the descent they have almost run out of gas. As a result, conserving energy is important on the New course.

"One of its advantages is that whereas you find the fences coming up quite quickly on the Old course, you have more time on the New course and a better chance of getting your horse into a rhythm."