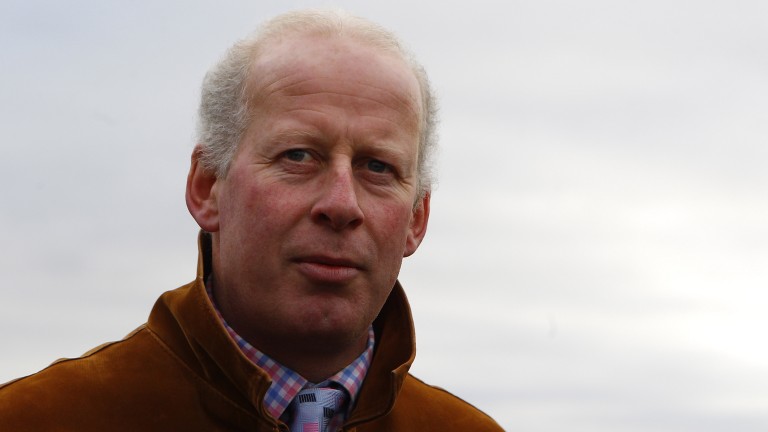 Tom Taaffe, the man who handled the glittering career of brilliant Cheltenham Gold Cup winner Kicking King, has called time on his 27 years as a trainer, confirming that he has saddled his final runner and will not renew his licence.

Taaffe, 57, who also partnered Brittany Boy to win the 1987 Irish Grand National in his previous career as a rider, believes the time is right for him to depart the training ranks but will remain involved in the thoroughbred industry and is listed on Goffs' website as an international client relations consultant.

Taaffe's final representative at Downpatrick on Sunday, Ultra Viers, finished out of the frame in sixth but the victory of Goose Man at Down Royal last Wednesday under the trainer's son Pat – himself a talented amateur rider – ensured a victory with the penultimate runner of his training career. 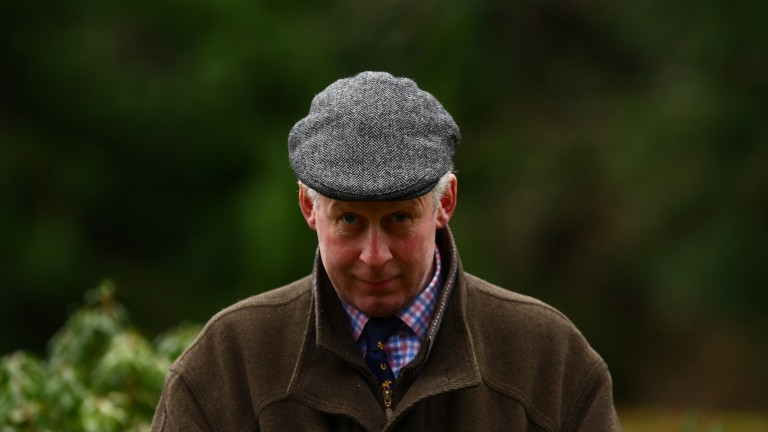 Taaffe, son of the late Pat Taaffe, who rode Arkle to a Cheltenham Gold Cup treble in the 1960s and went on to train the 1974 Gold Cup winner Captain Christy, saddled three winners at the Cheltenham Festival and a King George VI Chase double with Kicking King, as well as four domestic Grade 1 successes, started by Delphi Lodge's 1998 Power Gold Cup triumph.

Taaffe said: "I won't be renewing my licence. Part of life is about making decisions and hope. The last couple of years have really been about keeping it going for Pat to have a base to start.

"I'm involved in sales, breeding and a few other things. I see this as a natural progression and part of a programme. I'm busy doing plenty of external things and this was the right time."

He added: "This is one of the greatest industries that there is, with fantastic people in it, and it's not as though I'm going to be disappearing anywhere. I've made a decision and you can ask me in three or four years if it's been the right one." 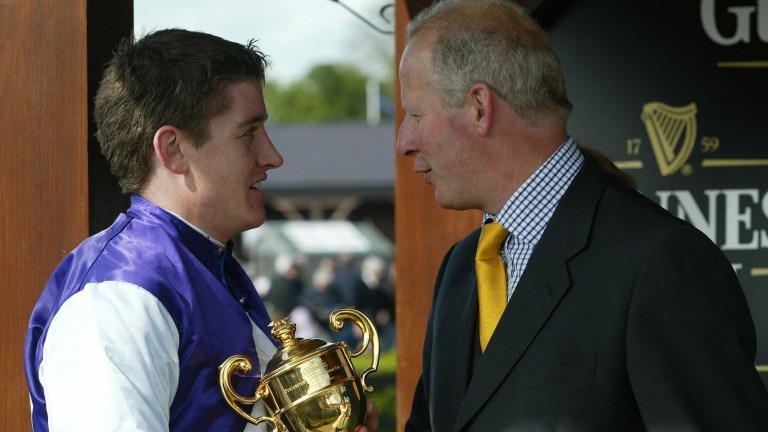 Barry Geraghty on Tom Taaffe: "He's been a brilliant trainer, a great horseman and a fine jockey"
Caroline Norris (racingpost.com/photos)

Barry Geraghty, who partnered Kicking King to all bar one of his 12 victories, including six at the highest level, hailed Taaffe's horsemanship and ability to prime his runners for the big occasion.

"We had some great days together," he said. "Kicking King was obviously the standout but we had plenty of winners together at all levels.

"He's been a brilliant trainer, a great horseman and a fine jockey. He was well able to get them ready for the big day. There's plenty of strings to Tom's bow and I'm sure he'll still be involved in the sport going forward."

This May will mark the 25th anniversary of his first winner as a trainer with Dromineer, ridden by Ruby Walsh at Killarney in 1996. He also rode more than 400 winners as a jockey.

Three of his best

The undoubted star of Taaffe's training career, reigniting the family's glorious association with the Cheltenham Gold Cup when ending a nine-year draught for Irish-based horses with a famous triumph under Barry Geraghty In 2005.

Runner-up in both a Supreme Novices' Hurdle and an Arkle Trophy, the son of Old Vic relished the step up in trip as a senior chaser, his sole defeat in the 2004-2005 campaign coming when second to Beef Or Salmon in the Champion Chase at Down Royal.

He also landed the first of two King George VI Chases in 2004, and his second dramatic triumph in the winter classic, which came during the race's brief tenure at Sandown, proved to be his final victory.

After two years off the track, he returned for five starts in 2008 but failed to recapture the magic.

On ratings, Ninetieth Minute was a better horse, but Finger Onthe Pulse was that bit more prolific.

While both were Cheltenham Festival heroes, Finger Onthe Pulse followed his brave neck 2008 victory over Barber's Shop in the first iteration of the race that would evolve into the Marsh Chase with another landmark handicap success in the 2010 Galway Plate under Sir AP McCoy.

He won nine times for the stable, including a Graded success at Limerick. He was a tremendous money-spinner who finished with significant earnings of £323,000.

Delphi Lodge, who won the 1998 Power Gold Cup and beat Papillon in the same year's Fortria Chase, would be another worthy inclusion.

However, Emotional Moment came along around the same time as Kicking King, and helped to cement Taaffe's arrival as a big-time player. He never won a Grade 1, but he scored 14 times in all and was a brilliantly consistent performer at a high level.

Twice successful in the Boyne Hurdle, the Watercork Syndicate's star won a Proudstown Hurdle as well at Navan in 2007, and his six Graded triumphs also included two Galmoy Hurdles.

He mixed it over hurdles and fences, winning a Grade 3 novice chase at Leopardstown in January 2004 before returning to bolt up in the Christmas Hurdle – now a Grade 1 – at the same track later in the year.

FIRST PUBLISHED 2:00PM, MAR 22 2021
I see this as a natural progression and part of a programme. I'm busy doing plenty of external things and this was the right time