Emerging Force to miss out with Aintree on agenda 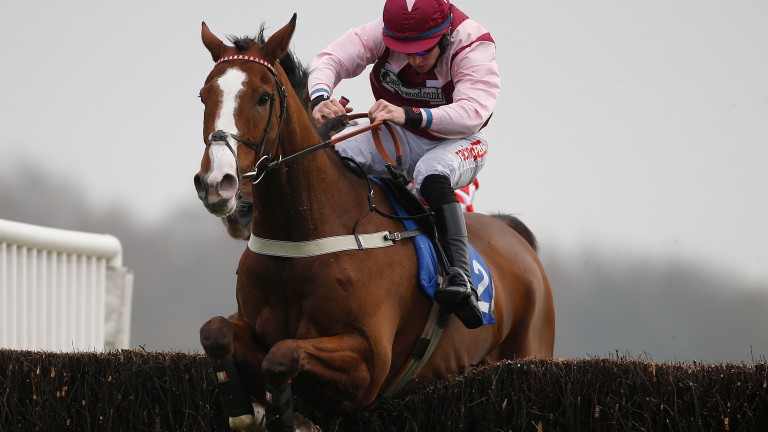 Emerging Force, a 16-1 shot for the JT McNamara National Hunt Chase at this month's Cheltenham Festival, will not run, Harry Whittington has revealed.

The trainer has gone through a quiet spell recently and has had only one runner in the last 14 days. He hopes to start saddling more next week and is eyeing Aintree's Grand National meeting for Emerging Force, who has won two of his three starts over fences this season.

Whittington, who had lined up top amateur Sam Waley-Cohen for the ride, said: "We're going to go straight to Aintree and he'll have an entry in the Grade 1 novice chase Native River won last year, but his most likely target will be the Listed handicap chase on National day that Maggio won last year.

"We're more likely to go down the handicap route, then maybe head to Punchestown. We've been dealing with a little viral challenge so haven't had many runners recently and although Emerging Force is in good form his preparation hasn't been ideal, and you need to tick every box for Cheltenham.

"We'll start having runners back next week and he just needs to be at his best, which he will be for Aintree."

The trainer added: "He's going to be stronger next year and when he last ran at Cheltenham in December I thought he was always going to be better in those big races next season. It might just be a blessing in disguise and he's a good-ground horse, so the longer we leave it in the season to run the better. It is quite disappointing but to take the positive it will probably do him the world of good in the long term."

Whittington, who saddled his breakthrough Grade 1 winner when the ill-fated Arzal won the Manifesto Novices' Chase at Aintree last spring, is hoping his patient approach will pay off when he resumes having runners.

They will include Bigmartre, who is inked in for the Matchbook Imperial Cup at Sandown a week on Saturday.

"The horses haven't been coughing or been sick at all, but we've got a lot more horses now and have built a new barn, so there's been a lot of changes and an environmental challenge," Whittington added.

"Everything just needed to settle down, and not running the horses has been the right thing to do as they're starting to get really fresh and we're hopeful our patience will be rewarded; there's still a long way of the season to go.

"Bigmartre will go for the Imperial Cup and he's got an entry in the Martin Pipe at the festival. You can draw a line through his last run at Cheltenham as he was a bit flat, and that was the reason I backed off my horses, but he's ready to explode now and is so fresh at the moment.

"He probably unlikely to get in the Martin Pipe off 134 but if he won the Imperial Cup we'd have to consider it with the bonus."

FIRST PUBLISHED 7:00AM, MAR 2 2017
It might just be a blessing in disguise and he's a good-ground horse, so the longer we leave it in the season to run the better