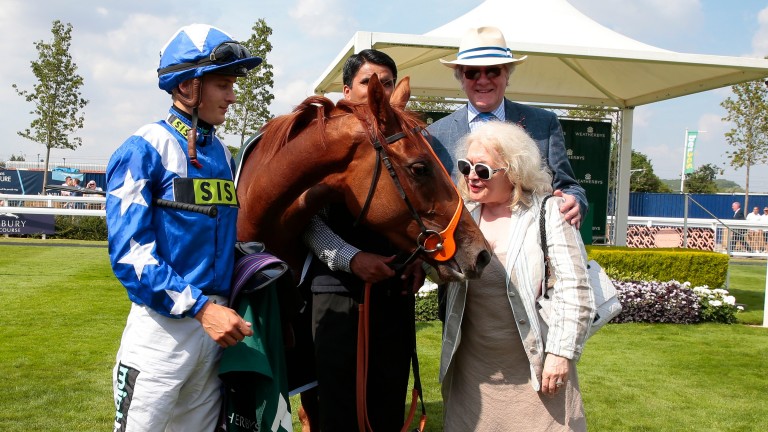 Racehorse owner Jenny Powell, whose familiar blue and white colours were carried to Cheltenham Festival glory and subsequently by a host of winners on the Flat, has died following a short illness.

Christopher Powell was on holiday with his wife when receiving a message from Twiston-Davies, passing on the news he had bought them their first horse, the mare Gulsha.

"Jenny decided we should have a party before the horse ran in case she never won," said Powell. "On a glorious summer's day at home we had that party, with the horse in attendance and Jenny wearing the jockey's colours. We had a wonderful time but, lo and behold, the horse won the second race she ran for us at Wolverhampton and then won again six days later at Exeter."

Powell added: "Jenny was glued to the Racing Post every morning and studied all the meetings. However, neither of us were ever gamblers in the slightest. For Jenny and me it was always all about the love of horses."

Hannon, whose father also trained many horses for Powell, said: "Jenny was one of the nicest ladies you could ever meet. They had so many good horses with us and they still have some lovely horses here, which hopefully gives Christopher and the family something to look forward to over the coming months."

FIRST PUBLISHED 5:00PM, APR 16 2020
Jenny was glued to the Racing Post every morning and studied all the meetings