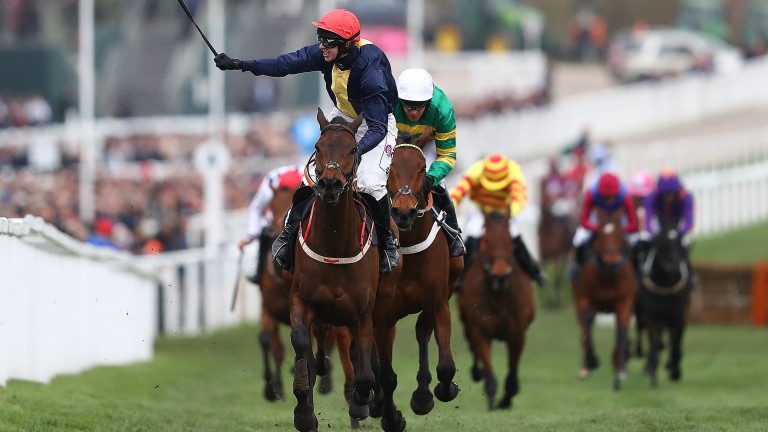 City Island, who lowered the colours of Champ in the Ballymore Novices' Hurdle at the Cheltenham Festival, makes his debut over fences in a high-class contest that also features Melon, who has twice finished second in the Champion Hurdle.

Martin Brassil, trainer of City Island, said: "We've been waiting for nice ground to run him. Hopefully that's what we'll get and it won't be too testing.

"He's in good form and we're looking forward to getting him started. He's been away for racecourse schools three times and has been jumping well."

Trainer Willie Mullins said: "Melon jumped well at Navan but the winner jumped quicker than him. He should have learned from the experience and is in good form."

Capuccimix, runner-up to Melon's stablemate Cash Back on his debut over fences at Navan, represents the Rachael Blackmore-Henry de Bromhead combination, while the Gordon Elliott-trained Chosen Mate, winner of a point-to-point and also successful at Grade 2 level over hurdles, will be having his first run over fences.

"Chosen Mate has schooled well but it looks a strong race of its type and we're just hoping he might pick up some prize-money," Elliott said.

Three-time hurdles winner Gallant John Joe, another making his chase debut, goes for Oliver McKiernan, while Sizing Pottsie, winner of a bumper and twice placed from three attempts over hurdles, represents Jessica Harrington and Noel Meade saddles Valdieu, runner-up at Punchestown on his most recent start.

FIRST PUBLISHED 6:00PM, DEC 26 2019
He's in good form and we're looking forward to getting him started. He's been away for racecourse schools three times and has been jumping well