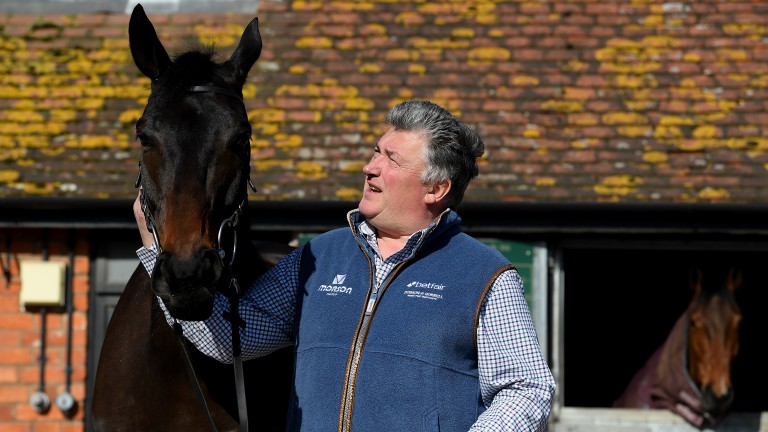 A fired-up Paul Nicholls believes he has his best Cheltenham Festival team in years and that big Gold Cup hope Clan Des Obeaux has even more improvement to come.

The star of his year's festival squadron was on Tuesday challenging Presenting Percy for Gold Cup favouritism at a top-priced 4-1 for the ten-time champion trainer, who pinpointed the chances of Topofthegame in the RSA Chase and Quel Destin in the Triumph Hurdle.

Nicholls has not won the Cheltenham Gold Cup since Kauto Star's second success in 2009 and Clan Des Obeaux has a not dissimilar profile after winning the King George and Denman Chase en route to the meeting.

When the seven-year-old gelding last visited Cheltenham he was second at handicap level and, although he has made rapid progress already, his trainer believes his charge could take another big step forward.

Nicholls said: "I am thrilled with the way Clan [Des Obeaux] has progressed this season. He has had a great preparation and it is nice to go to Cheltenham with a leading chance.

"We are really looking forward to running him. I think there is a bit more improvement to come from him, like we've seen with Cyrname [now the top-rated chaser]. Of all the horses in the Gold Cup, he is probably the most improving youngster; a lot of those horses in there are exposed.

"We don't know where he will end up and what he could be rated. Kauto Star won his first Gold Cup when he was seven, so he is the right age. Fingers crossed everything will go right and he will run a big race."

Unlike Gold Cup favourite Presenting Percy, Clan Des Obeaux has had a perfect preparation for Cheltenham – taking the Denman Chase in impressive fashion by 11 lengths.

Nicholls, who could equal Tom Dreaper's record of five wins in the race, added: "Everything has gone to plan since the Denman Chase; he has come out of the race really well.

"Nothing could've gone better at Ascot the last day, it just went super. We did think it was a soft race but he beat a dual Grade 1 winner in Terrefort and absolutely murdered him. It was good to see him travel so well and jump well all the way to the line.

"Now we are where we want to be with him; he is an experienced and mature horse. We are looking forward to letting him do the talking himself." 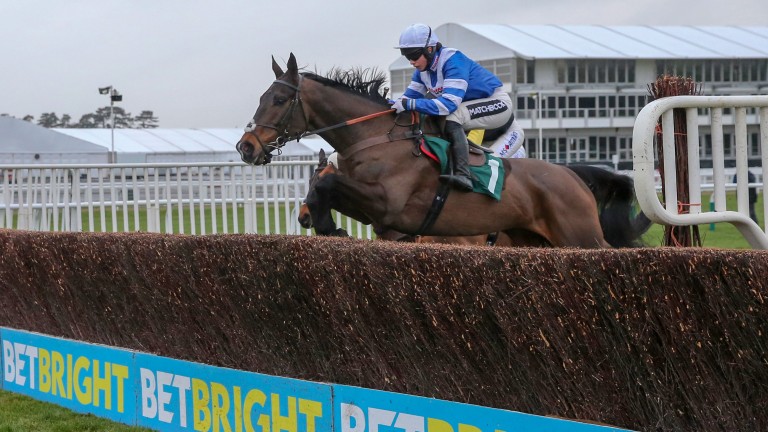 Frodon: "We haven't run since [the Cotswold Chase] purposely to keep him fresh and well"
John Grossick (racingpost.com/photos)

Nicholls has saddled just three winners at the past two festivals but has enjoyed an exceptional season with 12 Graded wins to put him at the top the trainers' standings and is 5-2 with Betway to be top British trainer at the meeting.

He said: "It is the most excited I have been about the festival for a while. Having a fancied runner in the Gold Cup is what you really want.

"The festival is the Olympics of our sport; it isn't the be all and end all but everyone wants runners. The team and the staff are all very excited for it. I get nervous about it, you are always thinking about it. Clifford [Baker head lad] and I never stop."

Cotswold Chase winner Frodon could also feature in the Gold Cup but also has an entry in the Ryanair. 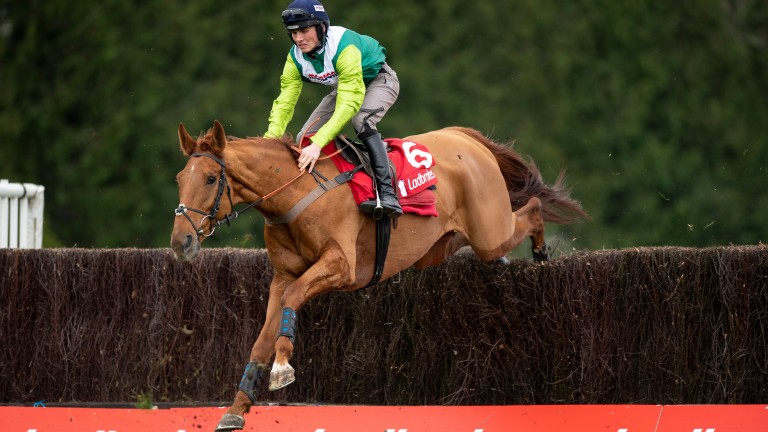 Topofthegame: "One of our leading chances without a shadow of a doubt"
Edward Whitaker (racingpost.com/photos)

He said: "He's a proper horse; he has had a wonderful year. He jumped and travelled well in the Cotswold Chase; we haven't run since purposely to keep him fresh and well.

"He's in the Ryanair and Gold Cup and we'll have a look and make a plan depending on who else is running. We'll keep our options open, and run him in the race we think he'll have the best chance.

"I'm not worried about the trip in the Gold Cup, as he'll stay all day, but it will be a tougher race than the Ryanair and that race could cut up. We won't run for the sake of it if we think we can win the Ryanair. He'll make a good account wherever he goes."

Of his team of runners he believes Topofthegame is his best chance of the week in the RSA Chase.

He said: "I really fancy Topofthegame; he's one of our leading chances without a shadow of a doubt. He's a proper horse with good form and we certainly haven't seen the best of him yet."

"Quel Destin improved since his last run, he's a tough horse. Sean [Bowen] was very impressed with him at Haydock last time. I know Sir Erec is a very short-priced favourite for the Triumph but he will have to be really good to beat our horse. He's one of our leading chances for Cheltenham."

FIRST PUBLISHED 6:30PM, FEB 26 2019
I am thrilled with the way Clan [Des Obeaux] has progressed this season. He has had a great preparation and it is nice to go to Cheltenham with a lead