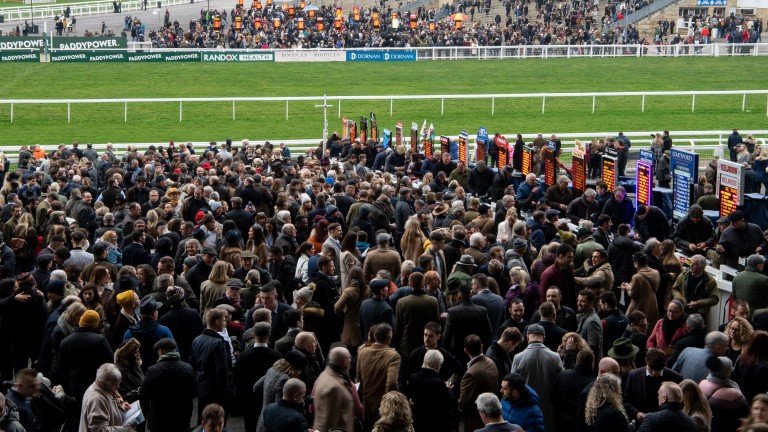 The Cheltenham Festival is the biggest four days of jump racing in the entire year featuring some of the most prestigious races and best horses.

Starting on Tuesday, March 10 and running through to Friday, March 13, the Cheltenham Festival will be broadcast live by ITV Racing on terrestrial television, while all 28 races can be watched live on Racing TV, the satellite subscription racing television channel.

You can also stream and bet on races at the festival on the Racing Post website and mobile app.

Why is the Cheltenham Festival so special?

The Cheltenham Festival is the pinnacle of the jumps season with the best horses from Britain, Ireland and France competing in 28 races spread across the four days.

The highlight of the week is the Magners Cheltenham Gold Cup, run at 3.30pm on Friday, March 13. Illustrious names such as Golden Miller, Desert Orchid, Best Mate, Denman and Kauto Star have captured the race, and last year’s winner Al Boum Photo is set to defend his title. 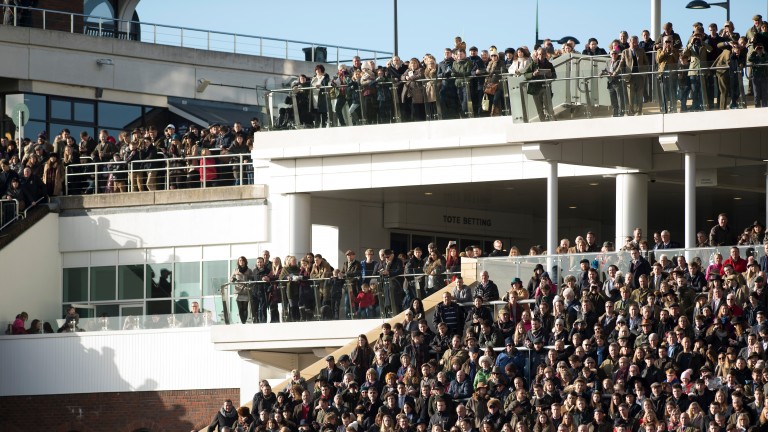 Held on the outskirts of Cheltenham at Prestbury Park, where the fixture has been staged since 1911, although the origins of the meeting go back to 1860, every year the magnitude of the Cheltenham Festival, known simply to many as The Festival, grows and over 250,000 people are expected to pass through the gates to watch the action.

What are the feature races?

These are the major championship races, but they are supplemented by an array of contests over alternative trips, obstacles, for different ages and sexes and for different types of riders.

The opening day of the Cheltenham Festival starts with a bang. The famous roar sends the runners on their way for the opening Sky Bet Supreme Novices' Hurdle, one of four Grade 1s on the card. The Racing Post Arkle pits the best two mile novice chasers against each other while Benie Des Dieux could bid to make amends for last year’s final flight fall in the Close Brothers Hurdle against fellow wondermare Honeysuckle, but the undisputed highlight is the Unibet Champion Hurdle - for which another mare, Epatante, is the favourite to give Nicky Henderson an eighth win in the race.

The Queen Mother Champion Chase takes pride of place on the second afternoon of the festival with the best two-milers from both sides of the Irish Sea going head-to-head. The afternoon kicks off with the Ballymore Novices' Hurdle featuring many punters' idea of the meeting's banker in the shape of the unbeaten Envoi Allen and the curtain comes down on day two when the emphasis is all on speed in the Weatherbys Champion Bumper over two miles on the level, with the Willie Mullins-trained Appreciate It a warm order. In the middle there is the small matter of two-time Grand National winner Tiger Roll bidding for a fifth festival win in the Cross Country Chase.

The third day of the Cheltenham Festival centres around the Stayers' Hurdle and Ryanair Chase. Last year's winners, Paisley Park and Frodon return to defend their titles on a high-class day of racing. Superstars Faugheen and Samcro could clash in the Marsh Novices' Chase, which opens the seven-race card, while the Pertemps Final and Brown Advisory & Merriebelle Stable Plate are two of the most hotly-contested handicaps of the week.

The Cheltenham Festival climaxes with a seven-race card headlined by the highlight of the week, the Magners Cheltenham Gold Cup. The roll of honour for the most prestigious race of the season features legendary chasers Golden Miller, Arkle, Best Mate and Kauto Star and last year's winner Al Boum Photo is set to bid to become the first horse since Best Mate to successfully defend his crown. The day begins with the first of three Grade 1s, the JCB Triumph Hurdle featuring a fascinating clash between exciting juveniles Solo, Goshen and Allmankind, before the three-mile Albert Bartlett Novices' Hurdle provides the appetiser for the Gold Cup.

What are the differences between the courses?

There are three courses at Cheltenham: the Old course, the New course and the cross-country course, each of which are different.

The Old course, on which racing takes place on Tuesday and Wednesday, has the sharper configuration of the two tracks and can suit horses that race prominently.

On the New course, where racing takes place on Thursday and Friday, there is more of an emphasis on stamina. Over hurdles on the New course only two flights are jumped in the final six furlongs. 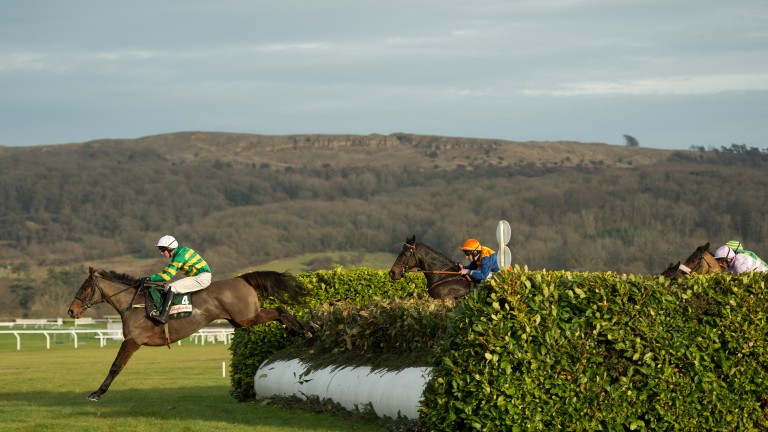 The cross-country course, situated in the middle of the track and used only on Wednesday, has a variety of different fences including an Aintree-style obstacle, a post-and-rail fence and the Cheese Wedges.

Where can I find the best bets for the Cheltenham Festival?

We have you covered for the Cheltenham Festival with our experts providing the best insight and advice for the whole week. These are available on the Racing Post website in the Tipping section and on our app, including Pricewise, Paul Kealy’s Banker, The Punt and Top Tips from our regional experts.

Pricewise Tom Segal has had his say on some of the big races at the Cheltenham Festival, which you can read for free.

Gold Cup: Star stayer can show all old spark at his ideal track

Make sure to check out the Upping The Ante, with bet365, series here where David Jennings and Gavin Lynch share their best tips for the Cheltenham Festival. You can watch the latest episode below.

Our experts give you their best bets in the festival handicaps here and Champion Hurdle fancies here, you can also find out the best Free Bets here and learn how to place your bet swiftly and easily with your preferred bookmaker through the Racing Post website and app here.

Where can I find the likely runners for the Cheltenham Festival?

Entries for all of the races at the Cheltenham Festival are not in yet, but possible runners for the likes of the Cheltenham Gold Cup, Racing Post Arkle and Ryanair Chase can be found under the Big-Race Entries tab on the Racing Post cards.

Where can I read the latest Cheltenham Festival news?

The Racing Post delivers all the big news and analysis up to and throughout the Cheltenham Festival. You can follow all the big stories on the main website and mini-site. Here are five stories we've picked out for you:

Does Shishkin deserve to be favourite for the Supreme Novices' Hurdle?

What do I wear and where can I buy tickets?

There is no strict dress code for the Cheltenham Festival, with the racecourse instead offering advice to racegoers, including on fancy dress. More information can be found here. Tickets are selling fast but can still be purchased from the Cheltenham website here. 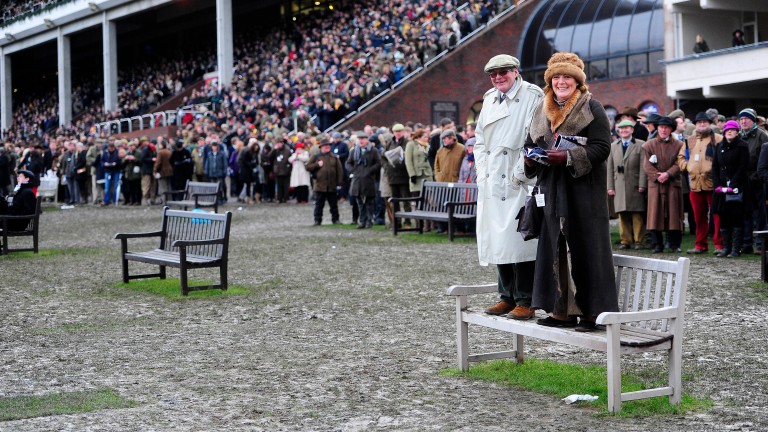 Where can I find information for Cheltenham Festival preview nights?

There are a huge range of Cheltenham Festival preview nights available in Britain and Ireland, you can see the full list here.

Where can I watch the Cheltenham Festival?