'No danger of an inspection whatsoever' states confident Claisse 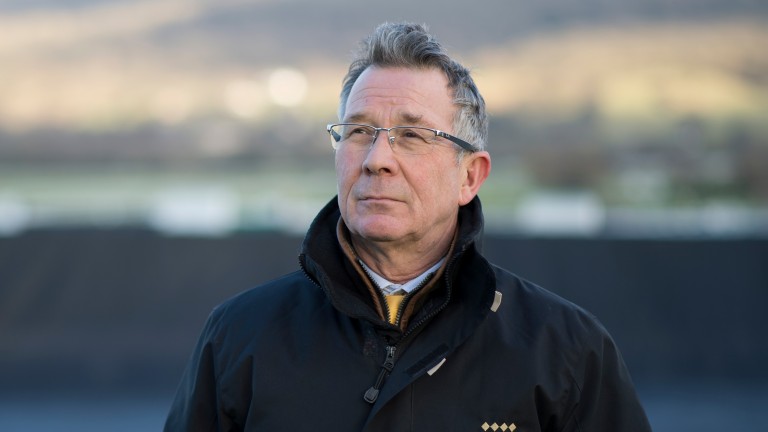 Cheltenham clerk of the course Simon Claisse: no question of the meeting being in any doubt
Edward Whitaker
1 of 1
By David Baxter UPDATED 4:12PM, MAR 12 2018

The significant rainfall that has turned the going at Cheltenham to heavy, soft in places will pose no threat to the festival starting as planned on Tuesday, according to clerk of the course Simon Claisse, who emphatically stated that "there is absolutely no danger whatsoever of an inspection".

Cheltenham has been hit by 45/46mm of rain in the last ten days, and Monday's meeting at Stratford – which is just 30 miles away – was cancelled due to waterlogging, but no problems are expected at the festival.

Speaking on Racing UK on Monday afternoon, Claisse said: "There is absolutely no danger whatsoever of an inspection. I've been out there again at lunchtime with the course inspector and we're very happy with everything.

"Unless something completely untoward happens that nobody has got in their forecast then there is no question of the meeting being in any doubt whatsoever."

The going was soft, heavy in places on Sunday afternoon, but after ten millimetres of rain overnight, Claisse flipped the description around.

The ground will be the softest seen at the festival this century, but Claisse is pleased with how the course has taken the rain. On Monday morning, he said: "We're okay, the track has taken the rain better than I anticipated. There isn't much standing water around.

"We had a fairly intense period of rainfall between six and seven o'clock last night and again early doors this morning. We're expecting a dry night and a dry day tomorrow."

The going for the cross-country course remains soft, heavy in places.

Claisse and his team will now put the finishing touches to the course site ahead of the four-day extravaganza, and reflecting on the recent extremes of weather, he added: "We've had a wet lead-up and have had 45/46mm of rainfall in the last ten days.

"That came on the back of a week when temperatures were as low as -6C on the ground and -17C in the air, so it's been a challenging build-up."

Read exclusive previews for day one of the Cheltenham Festival from 6pm on Monday on racingpost.com

FIRST PUBLISHED 8:21AM, MAR 12 2018
I've been out there again at lunchtime with the course inspector and we're very happy with everything