Cheltenham 2018 CLASH OF THE TITANS

Lame Altior a doubt for Champion Chase showdown with Douvan 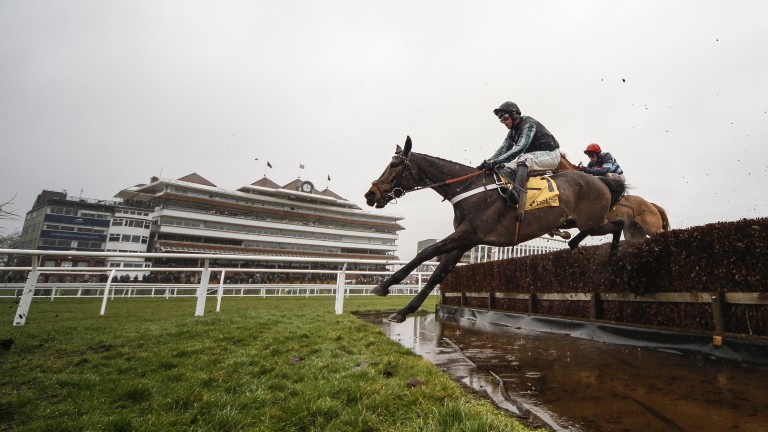 Champion Chase favourite Altior was dramatically reported to be lame on Monday afternoon, but trainer Nicky Henderson is hopeful his stable star will still be able to race in Wednesday's race at Cheltenham.

Earlier on Monday Douvan was declared for the Betway-sponsored race alongside Min, setting up an epic race between three of the biggest names in racing.

However, that has been thrown into doubt by the news that Altior is lame.

In a statement released on his Twitter account, Henderson said: "Altior was unfortunately lame this morning in his near fore leg and we have located some pus in the frog [of his foot]. He was still able to exercise in the water treadmill this morning, which he regularly does anyway, and a poultice will now be applied and left on overnight to draw out the pus.

"The foot will also be 'tubbed' [stood in salt water] at regular intervals and the shoe will hopefully be replaced first thing tomorrow morning.

"Both our vet and farrier are working very hard and are more than hopeful that he will even be able to canter tomorrow and therefore confident he will be clear to race on Wednesday.

"Obviously we will monitor the situation and keep everybody up to date with his progress but there will be nothing more to say until tomorrow morning."

Henderson also revealed that We Have A Dream is unlikely to run in Friday's JCB Triumph Hurdle after failing to eat up on Sunday night.

Altior is the odds-on favourite for the Champion Chase with most firms, with Douvan second favourite at 3-1, ahead of Min after Ruby Walsh opted to ride him. Min will be partnered by Paul Townend.

Trainer Willie Mullins said it was Walsh who decided Douvan should run in the Champion Chase instead of the Ryanair, which had been mooted as a more likely target as recently as Sunday.

Mullins said: "Ruby has been very happy with Douvan in recent days and was keen to ride him in the Champion Chase rather than in the Ryanair. That made my mind up and [owner] Rich Ricci was happy with that."

Samcro will face 13 rivals in the Ballymore Novices' Hurdle, while a field of ten is set for the RSA Chase. Invitation Only, who was as short as 12-1, does not feature in the final field.

The Mullins-trained seven-year-old is favourite for the JLT Novices' Chase on Thursday.

Oistrakh La Noir, who was as short as 10-1 for the Fred Winter, failed to make the cut for the juvenile handicap hurdle. Gary Moore's Eragon De Chanay was the final runner to get in the 22-strong field, with American Craftsman and Les Arceaux the first and second reserves.

In the Coral Cup, favourite Max Dynamite heads a field of 26, with Project Bluebook occupying the final slot in the lineup. Bleu Et Rouge, who could be backed at 12-1 for the race, did not feature among the declarations.

For the Glenfarclas cross-country chase and Weatherbys Champion Bumper, there were no notable absentees, with full fields of 16 and 24 runners respectively.