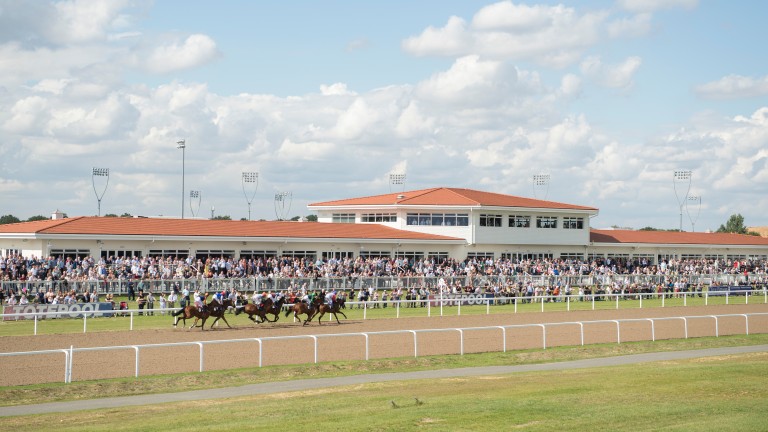 Chelmsford’s first Listed race will provide the centrepiece to Britain’s most valuable evening fixture next month with the Essex track staging a seven-race card worth a staggering £233,640.

“We're thrilled to have been awarded our very own Listed race in just our fourth year since opening,” said racecourse manager Fraser Garrity.

“It's now our most prestigious race of the year and at £75,000 I think it's one of the top five or so Flat Listed races by value in Britain.”

Although the Group 3 Greenham and John Porter Stakes were run at Chelmsford when Newbury was waterlogged in 2016, the Queen Charlotte Fillies’ Stakes will be the highest-graded race belonging to the track formerly known as Great Leighs.

Scheduled on the second day of Royal Ascot, Chelmsford’s new feature race required royal approval to carry the name of Queen Charlotte, a British Queen consort who was the wife of King George III and grandmother to Queen Victoria.

Garrity added: “The racing highlight of the old Chelmsford racecourse in the 18th and 19th century was called the Queen Charlotte Stakes, and it was a fillies' race too. So we felt it was a perfect fit.

“The European Pattern Committee wanted this new race during this week so we always knew it would be run during Royal Ascot week. But we already have our very successful ladies' day the next day, so creating this high-value card the night before should really dovetail well with that.”

Sandown’s six-race card, boasting combined prize-money of £233,200, has traditionally been Flat racing’s number one evening fixture in terms of both quality and prize-money.

However, Chelmsford’s boosted fixture is set to serve up £440 more than Thursday’s meeting, which is live on ITV4, with the the new Listed race worth £5,000 above both £70,000 Group races at Sandown.

The track’s sizeable investment in prize-money shows no sign of stopping either, with plenty of riches on offer throughout the summer.

“We'll be staging 32 races at £25,000 or more during July to September, many of which will be run on the six new Saturday afternoons we've acquired in this period,” said Garrity.

“These include a new £50,000 staying handicap for three-year-olds in early August and two high-value optional claiming handicaps, which have been developed through the BHA.

"Our overall highlight is the second running of the £80,000 Chelmsford City Cup Handicap on September 1.”

FIRST PUBLISHED 9:43AM, MAY 24 2018
We're thrilled to have been awarded our very own Listed race in just our fourth year since opening