Cheleda a name to remember as great run continues on Billy 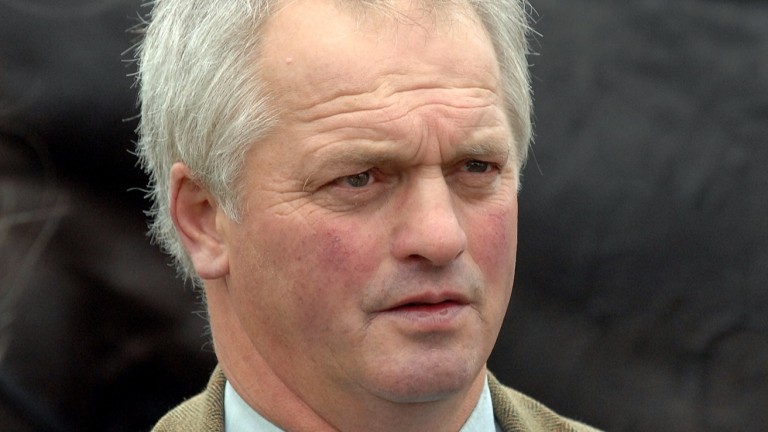 Conditional Angus Cheleda made it three winners from only five rides when scoring on Billy No Name in the handicap hurdle, and described the start he has made to his career as "unbelievable".

The 17-year-old, whose first ride in public was only three weeks ago, had Billy No Name in the front rank throughout, and the issue was settled on the run-in when the eight-year-old, carrying the Cue Card colours of Jean Bishop, pulled two and a half lengths clear of Earls Fort.

Cheleda, who has gained all his three wins for his boss Colin Tizzard, described Billy No Name as "a little lion" and added: "He jumped really well, travelled well and did everything right. He loves it, and it was an honour to ride a winner in these colours."

Although Cheleda had no experience of pony racing or point-to-pointing before he joined Tizzard, he said his family always followed racing and he had been "riding ponies, hunting and eventing for years".

This is his second full season with Tizzard, for whom he looks after several "babies", but he was doing weekends and holidays for another two years before that.

Asked his ambitions, he replied: "To ride out my claim, and to ride like Aidan Coleman."

He can claim the full 10lb for the stable on only two more winners, so expect Tizzard to make them count.

The Cue Card colours were back where they belong, on Paddy Brennan's back, when favourite Royal Vacation competed a double for the stable by beating Delgany Demon three and a half lengths in the 2m7f handicap chase.

There were no other finishers, but both horses shaped as though there are more races in them this season.

Brennan said: "Royal Vacation was sticky early on, but once I got him up there he was much better. He's won now and I think he'll be all right."

Scudamore at the double

Tom Scudamore was at Lingfield for only two rides, and both won, Daklondike landing the novice hurdle for his boss David Pipe and Grace Tara overcoming a 929-day absence to take the mares' maiden hurdle for his brother Michael.

Grace Tara had broken her pelvis while out in a field after point-to-point and bumper wins, and her trainer, who earlier in the day had announced the retirement of his Welsh National winner Monbeg Dude, paid tribute both to the owners, who race as Having A Mare, for their patience, and to his staff, for their skill in nursing the seven-year-old back.

He said: "Grace Tara proved she had ability in point-to-points and a bumper, and it's nice to see her win over hurdles now after so long off. Fair play to the boys, for being so patient, and to the team at home."

The going was not too bad considering the track had taken more than 60mm of rain in the previous 48 hours or so. It will take plenty of treading back in though, and next Tuesday it could well be more testing.

FIRST PUBLISHED 5:41PM, NOV 22 2016
He did everything right. It was an honour to ride a winner in these colours