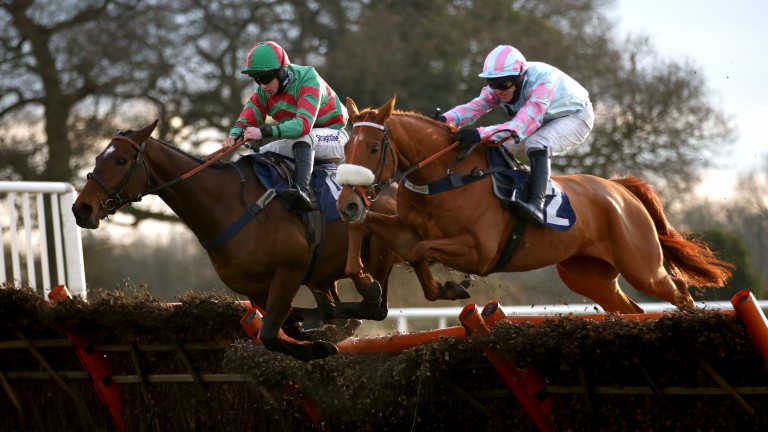 Pay The Piper recovered from a blunder at the final flight to extend his unbeaten record under rules to three in the 2m handicap hurdle.

The six-year-old regained control in the straight under Danny McMenamin, who is leading the way in the conditional jockeys' championship, and stayed on well to deny Shantou Express.

"He's used to jumping fences from his pointing days so he doesn't seem to respect the hurdles," said Ian Hamilton, who owns Pay The Piper with his wife Ann, who trains five horses including Old Roan Chase winner Nuts Well in Northumberland.

"He's not quite as good as one of our other horses Tommy's Oscar but he's a fair horse and he's going in the right direction. He's bred to stay three miles plus and he'll hopefully be a chaser in time."

Parol off the mark

Impressive point winner Up For Parol got off the mark at the second time of asking for owner Sir Chips Keswick and trainer Jamie Snowden.

The five-year-old, who won his final point-to-point start by 18 lengths, was a comfortable winner on his second start in Britain, finishing six and a half lengths clear of his closest pursuer Barrichello.

Hunny Moon also recorded her first win over hurdles when winning the 2m5½f mares' maiden hurdle by 19 lengths and providing trainer Fergal O'Brien with a record-extending 85th winner of the season.

FIRST PUBLISHED 6:15PM, MAR 8 2021
He's used to jumping fences from his pointing days so he doesn't seem to respect the hurdles