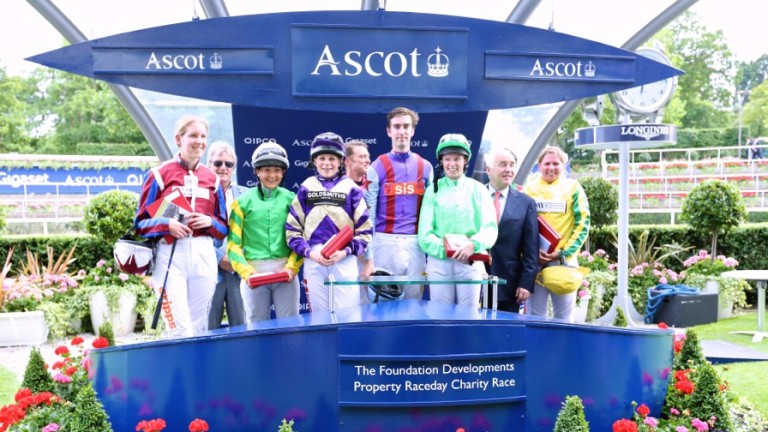 The eleventh Property Race Day takes place on this Friday, July 14, at Ascot racecourse. Its mission: to help children around the world by alleviating poverty and suffering.

Since 2007 it has raised approximately £1.75 million for charity and with the inclusion this year of the eagerly anticipated bi-annual Foundation Developments charity race, a landmark fundraising target of more than £2m looks set to be achieved. This year’s supported charities include Landaid, SOS Children’s Villages, The Children’s Trust, Sebastian’s Action Trust and Chernobyl Children in Need.

Nine intrepid riders from the property world are set to go under starters orders for the race run over Ascot’s straight mile, including Richard Isom, whose journey started in earnest two years ago having never sat on a horse before.

Weighing two stone over the required weight of 11st 7Ib, he has undergone an intense learning curve with sessions on an Equicizer, and has also experienced something not every avid racing fan holding down a top job in London can achieve – exercising a Royal Ascot winner while riding out for Jeremy Noseda.

He says: “There were times when I questioned being able to make it to Ascot due to having so much to learn in such a short space of time. Nevertheless, the bumps in my road were only small compared with what children in suffering experience on a daily basis."

Ruby lords it at Hickstead 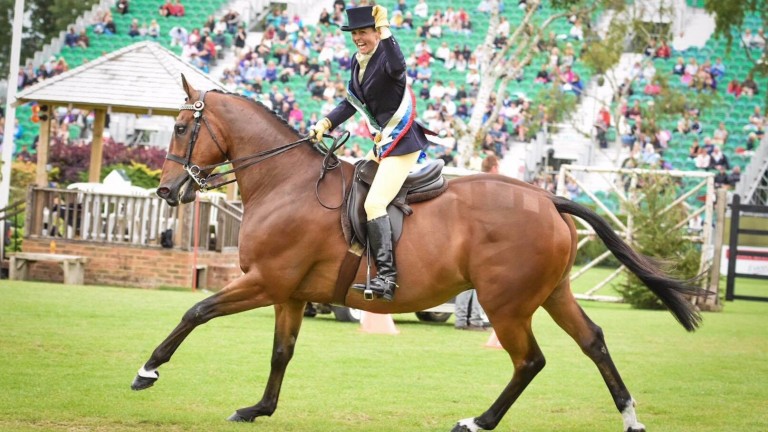 Congratulations to Southerly Roberts and Imperial Ruby who added to their growing haul of prizes when crowned Retraining of Racehorses Tattersalls Thoroughbred Show Series champions at Hickstead. Imperial Ruby, whose owner Sar Cassidy Hill was also a member of the Heart of the South Racing syndicate in whose colours he raced, has proven incredibly versatile since retiring from the track – despite showing little desire for racing!

“He had lots of promise but he’s just so chilled,” says Southerly. “I rode him in the sidesaddle class here last year – he just does everything!”

Imperial Ruby’s other talents include dressage, show jumping and eventing.

Teams from two of Britain’s major training centres took some time out from their excellent work behind the scenes to get quizzy during Racing Staff Week.

Hot on the heels of a successful Royal Ascot, Godolphin added another gong to a growing 2017 haul after its pre-training team won the Newmarket event, while the Musley Bank Masters landed the Malton quiz.

Mark Johnston’s staff proved they’re a team to be reckoned with on all sorts of turf after landing the Middleham rounders match. All in all, an excellent week.