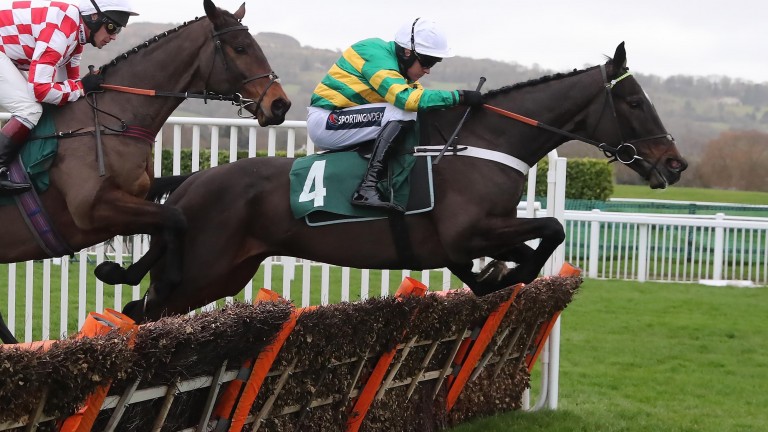 Two days after Shishkin showcased his talents as a potential winner of the Sky Bet Supreme Novices’ Hurdle at the Cheltenham Festival, stablemate Chantry House bids to stake his own claims.

Trained by Nicky Henderson for owner JP McManus, Chantry House lines up against 14 rivals in a novice hurdle that his trainer has won three times in the last nine years. Chantry House has to shoulder a 6lb penalty for winning a similar event at Cheltenham in December.

Prior to that, the £295,000 purchase had landed a bumper at Warwick last spring where he defeated Edwardstone, who could be a potential rival in the first race of next month’s festival if all goes to plan for both horses.

Among those defeated by Chantry House at Cheltenham last time was Betfair Hurdle contender Stolen Silver, and Henderson hopes his six-year-old, who is a 12-1 chance for the Supreme, has learned plenty from his victory.

He said: “He's in good form and we’re very happy with him. He was good at Cheltenham last time but he was also very green. I'd like to hope he has learned plenty from that and can build on the run this time around.”

FIRST PUBLISHED 6:00PM, FEB 7 2020
He was good at Cheltenham last time but he was also very green

New measures can ensure they are all well looked after Henderson: racing must heed Panorama warning over traceability of retired horses Group 1 programme not suiting fast-ground horses Will Tabdeed make history or can King's Lynn put string of bad luck behind him?