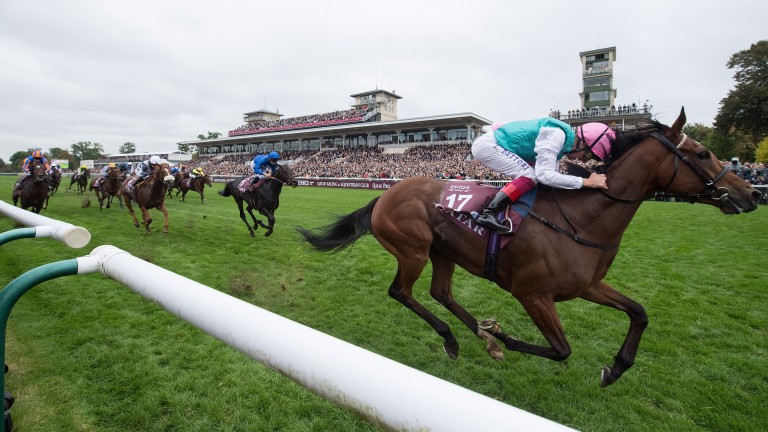 Frankie Dettori is the most famous jockey in the world and now boasts more wins in the world's most prestigious Flat race than any man in history, yet this was a day when even that man was upstaged by his leading lady as the indisputably magnificent Enable annihilated all opposition in the Prix de l'Arc de Triomphe.

Less than a year after making her debut in a winter all-weather maiden at Newcastle, the towering four-legged figure of European Flat racing dazzled on the greatest possible stage, unleashing an irresistible surge of acceleration that left her gloriously out on her own.

Since finishing third to a stablemate at Newbury in April, the latest superstar in Khalid Abdullah's breeding empire had won the Oaks, Irish Oaks, King George VI and Queen Elizabeth Stakes and Yorkshire Oaks by a combined total of 20 lengths.

Indeed, such has been her superiority over all those she has faced, racegoers at Chantilly sent her off 4-5 favourite for what should have been a fierce test but instead turned into the latest tour de force. 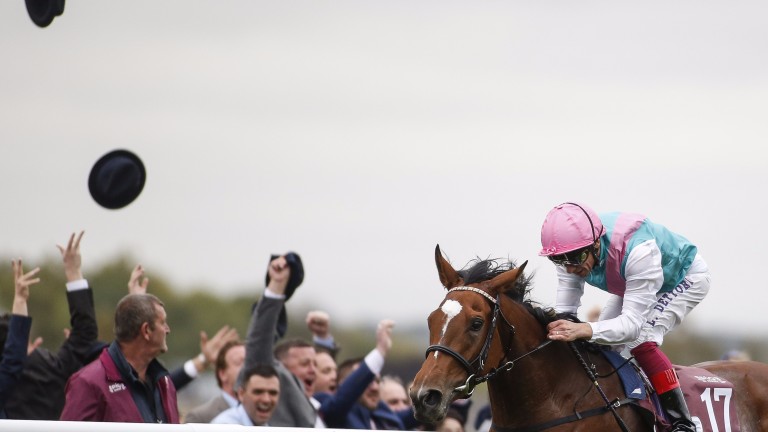 When passing the post two and a half lengths ahead of Cloth Of Stars, with old rival Ulysses in third, Enable became the first British-trained filly ever to land the Qatar-sponsored Arc and, 29 years on from his debut Arc appearance, Dettori secured a record-breaking fifth success in a showpiece that for its 96th running carried a first prize of nearly £2.5 million.

A sizeable chunk of the cash will be paid to the 46-year-old rider and trainer John Gosden, who just two years ago had combined with Golden Horn to win the final Arc staged at Longchamp in its old form.

Now, in 12 months' time, there must be a significant chance Enable will seek to emulate another fabulous female, Treve, by completing back-to-back triumphs as this sporting institution is held at the new Longchamp for the first time.

That, however, is for the future. On this day of days there was plenty to savour in the immediate past.

"She is magnificent," said Gosden.

His assessment could not be challenged, while he could not deny the final countdown had been deeply stressful. 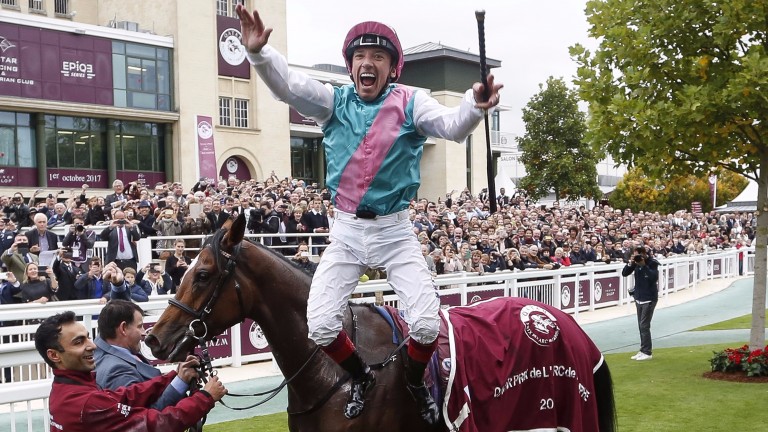 "It has been hellish," he said. "You watch the filly every moment and are in danger of wearing down a path from your back door to her box. It's the expectation, so when she wins like that it's a relief and you can really enjoy it.

"She can cruise and then put in a massive turn of foot. Her acceleration kills off a field. She's done it before and done it today. She has a great mind on her as well. She enjoys training and still looks good in her summer coat, even though the autumn leaves are coming off.

"She is a majestic queen of a filly, and like Treve she has big ears. We like big ears."

Dettori also likes Enable's ears and indeed every part of what he described as the best filly he has ridden. On this occasion he rode her prominently, just in behind front-running Ballydoyle pair Idaho and Order Of St George. So well was Nathaniel's daughter travelling at the top of the home straight that Dettori could contain her no longer.

With two furlongs to run he allowed her to do what she was plainly desperate to do. She did it in style, settling the Arc in exhilarating fashion.

"I was quite emotional and able to enjoy it because it happened so easily," said Dettori, whose first Arc triumph had come in 1995 aboard Lammtarra.

He added: "C'est magnifique. She's a tremendous filly. Usually in an Arc something happens but it was so smooth and so effortless. I was quite shocked. Then you ask yourself, 'I'm not actually dreaming? This is true, isn't it?'" 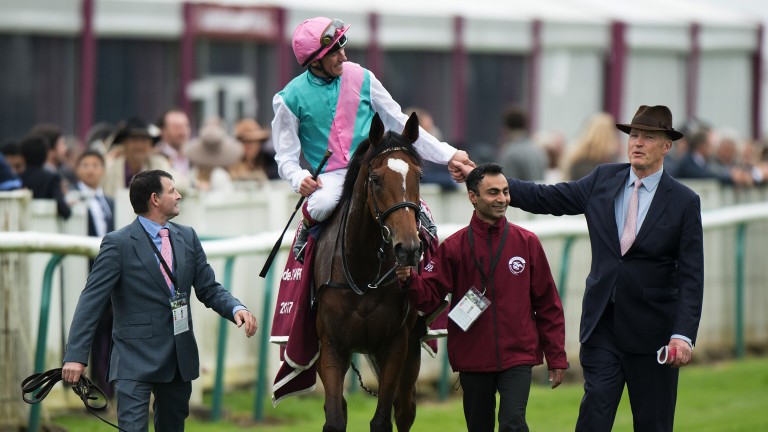 It was true, which delighted Dettori, as did the fact he had moved to the top of the Arc's all-time winning jockey list.

"Yes!" he exclaimed in the post-race press conference.

"I'm the first one to get to five and it's a great achievement. I've had 29 goes at it, so five is not that great a strike-rate! Every one of them is special but when you ride a 4-5 favourite in the Arc, well, even I was nervous – but if you're not nervous you're not human."

The human who will determine whether Enable races next year – Gosden made clear he would not wish to run her again this season – is Abdullah, whose racing manager Teddy Grimthorpe said: "This is a question we've been asked quite a lot. Really we'd just like to see the filly back home and then we can ask Prince Khalid what he'd like to do next year."

To see the faces of Dettori and Gosden as they spoke, it was obvious their dearest wish is that Enable, older, stronger and perhaps even better, is allowed to compete at four.

At three she has been a joy to watch, never more so than on the afternoon when she made Chantilly's final Arc one to live long in the memory.

FIRST PUBLISHED 3:16PM, OCT 1 2017
She can cruise and then put in a massive turn of foot. Her acceleration kills off a field. She's done it before and done it today