Arc on agenda for Fairy Story partners after Marmelo success 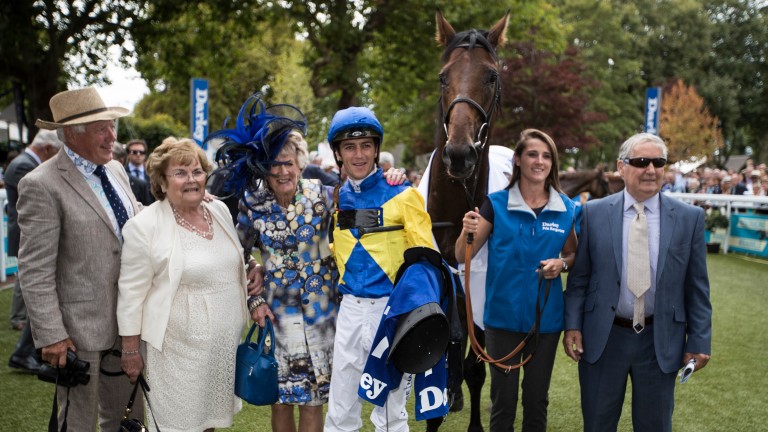 Many came looking for Melbourne Cup clues but it was another late-year highlight in the thoughts of Marmelo's owner/breeders after he made virtually all under a fine Christophe Soumillon ride.

A winner over almost two miles at Chantilly this season in the Prix de Barbeville, Marmelo will return to the track on October 1 for a crack at Europe's most prestigious middle-distance prize, the Qatar Prix de l'Arc de Triomphe.

Marmelo was keeping this Group 2 prize in house for trainer Hughie Morrison, whose 2016 winner Nearly Caught was fourth this time.

"Christophe has ridden him before and is a hugely accomplished jockey, so he knew what he had under him," said Edward Goodwin, who shares ownership with wife Christabel and the other Fairy Story partners.

As well as benefiting from Soumillon's smart tactics, the winner was far more focused on the task in hand than on his last trip to France, when second in the Group 2 Prix Maurice Nieuil at Saint-Cloud over a mile and six furlongs.

"It was 'essence of filly' that beat him in the stalls at Saint-Cloud, so we were over the moon that Endless Time was withdrawn here," said Goodwin.

"This is probably his best run to date but we're hoping he saves his best for October 1. We know he likes Chantilly because he broke the [1m7½f] track record and that's why we decided with Hughie to spend a few pennies. He might be the only chance we get to run in the Arc." 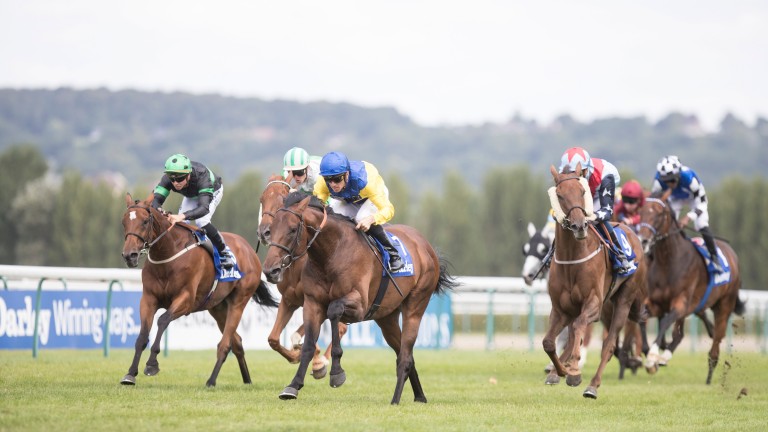 Soumillon stacked up his rivals behind him as the pace eased exiting the back straight, leading to something of a sprint up the straight, which did not play to favourite Red Cardinal's strengths.

For Morrison, it was the first leg of an across-the-continent double as Pirouette and Robert Winston dominated the 7f Listed Grand SparkassenPreis at Dusseldorf, winning by five lengths.

The David Elsworth-trained Desert Skyline, the only three-year-old in the Kergorlay, did best of those to come from the back under David Probert.

"We're very pleased with his performance," said Elsworth, who was hitting the Deauville crossbar at Group level for the second time this week after Tisbutadream was edged out in the Prix de Lieurey on Tuesday.

"It was a bit of a funny race but he finished well. He should be going to Ascot on Champions Day, since he's entered there [for the Qipco British Champions Long Distance Cup]."

FIRST PUBLISHED 7:21PM, AUG 20 2017
This is probably his best run to date but we're hoping he saves his best for October 1