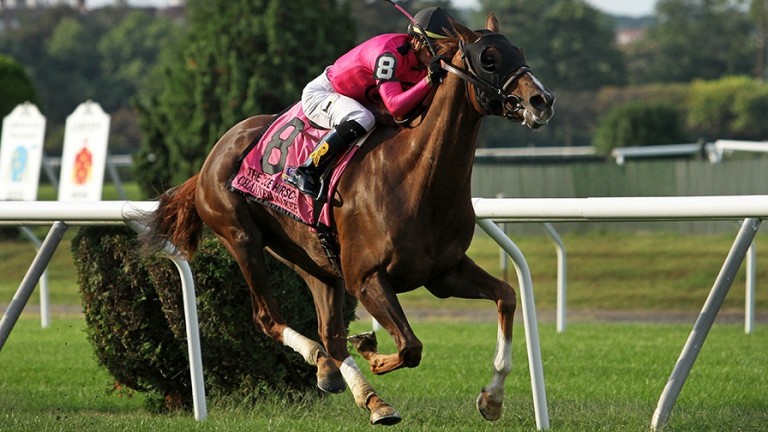 Channel Maker added a second Grade 1 to his tally in a thrilling renewal of the Man o' War Stakes at Belmont Park, mowing down the Aidan O'Brien-trained Hunting Horn to secure victory for jockey Joel Rosario and trainer Bill Mott.

Hunting Horn broke well under Michael Hussey and was soon urged into a clear lead, with Epical in second and Channel Maker in third, while favourite Focus Group was held up alongside Magic Wand.

Hussey quickened the pace in the back straight and soon had a considerable lead. It looked as if he may have slipped the field turning into the stretch.

However, he was swallowed up in the final stages by Channel Maker, who held on by a neck from Arklow. Magic Wand came through to be third under Wayne Lordan, with Hunting Horn eventually finishing fourth.

Rosario said: "I thought around the last turn Hunting Horn might keep going, but I thought he was going too fast for the distance, and the last half-furlong would be tough to get.

"I felt confident, and he's the kind of horse that has a good, strong stride. The more you ride him, the more he gives to you."

It was the five-year-old gelding's second win at the very top level after winning the Joe Hirsch last year. He was then 11th to Enable in the Breeders' Cup Classic, a race in which Arklow was fourth and Hunting Horn was eighth.

FIRST PUBLISHED 7:49AM, MAY 12 2019
I felt confident, and he's the kind of horse that has a good, strong stride. The more you ride him, the more he gives to you