Chance for Josses against rivals who have it to prove 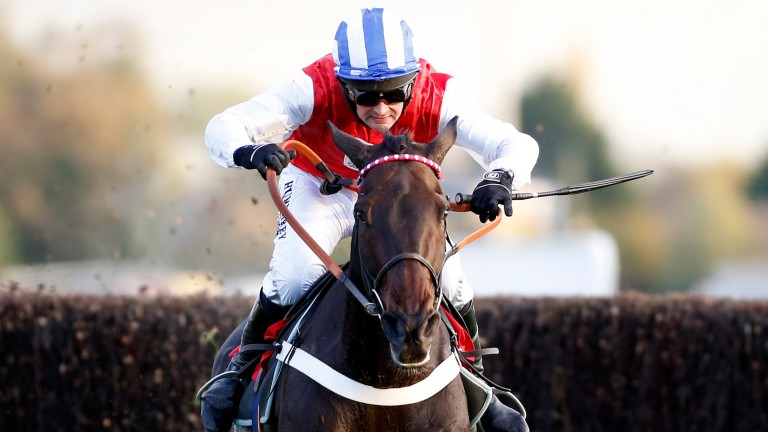 Josses Hill looks set to head a Betfred Peterborough Chase market in which most of the principals have something to prove.

An impressive win in a graduation chase at Kempton last time renewed hopes that the eight-year-old is a reformed character, for his jumping was much better. However, this will be tougher, and a crashing fall in last year's Tingle Creek Chase was a reminder that he had his own way of doing things over fences.

Nico de Boinville's injury means Josses Hill has a new rider today, but Noel Fehily has at least had time for a 'getting to know you' session in the indoor school at Seven Barrows and this looks a good opportunity for an overdue first chase success of significance.

More Of That, touted by Jonjo O'Neill before his Cheltenham reappearance as possibly the best horse he has trained, needs to put behind him a dismal effort in which he was pulled up on the run-in after only clambering over the last.

Former Queen Mother Champion Chase winner Dodging Bullets was also a big disappointment last time, pulling up in an Ascot Grade 2 he was entitled to win.

Paul Nicholls is a multiple winner of many of jumping's pattern races but this is an exception, for his first win in 2004 with Le Roi Miguel has yet to be repeated. Nicky Henderson's win with Riverside Theatre in 2013 was his first since the days of Remittance Man and Travado (two wins).

Nicky Henderson, trainer of Josses Hill and Volnay De Thaix
I was very happy with Josses Hill at Kempton and he's been great since. I'm trying to get things in his favour and he likes going two and a half miles, right-handed on good ground, which is what he had there and what he has here. Volnay De Thaix goes very well fresh and is very well in himself. He finished up with an excellent run at Sandown and I've been very happy with him all the way through his preparation. He is not out of it all.

Paul Nicholls, trainer of Art Mauresque and Dodging Bullets
It was a toss-up with Art Mauresque whether we came here or waited for Cheltenham next weekend but a flat track and two and a half miles suits him well so we have come here. If you forget Dodging Bullets' last run at Ascot you would have to fancy him, and we hope we can draw a line through that. He used to get stressed when he went racing, and there were signs of that at Ascot a few hours before the race, although by racetime he was fine. Whether he was a bit colicky I don't know, but we did all the tests when we got home and nothing showed up.

Frank Berry, racing manager to JP McManus, owner of More Of That
He was very disappointing at Cheltenham, where he lacked a run and got very tired. He's come out of the race well, and fingers crossed we will see a much better effort this time.

FIRST PUBLISHED 6:00PM, DEC 3 2016
He likes going two and a half miles, right-handed on good ground