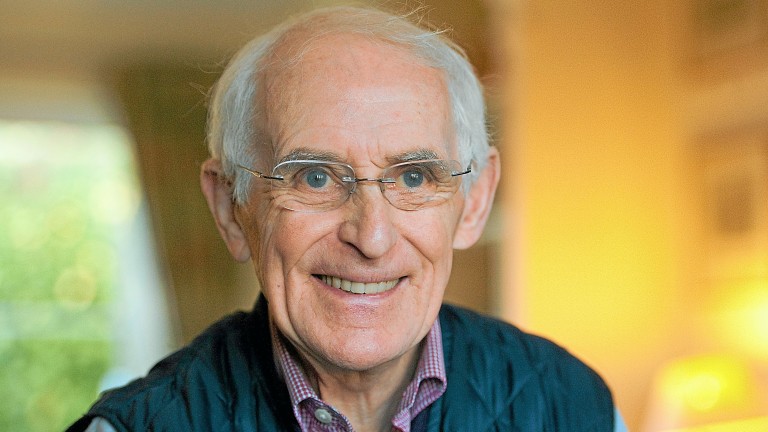 Three-time champion Stan Mellor, the first jockey to ride 1,000 winners over jumps, has died at the age of 83.

Mellor was one of the outstanding riders of his generation, admired as much perhaps for his using his head as his strength and style, and he was champion jockey in successive seasons between 1959 and 1962.

He would probably have added a fourth title in 1962-63 but for suffering serious facial injuries in an early fall near the head of affairs on Eastern Harvest in the inaugural running of what is now the  Betfair Hurdle, which was run that year at Aintree and attracted a field of 41.

Mellor later turned successfully to training and sent out more than 750 winners, in races as diverse as the Midlands Grand National and the Stewards' Cup.

Born in 1937, the son of a Manchester timber merchant, Mellor started in racing at 15 and rode briefly as an amateur for George Owen at Malpas, enjoying his first win on Straight Border in a selling hurdle at Wolverhampton as a 16-year-old in January, 1954. His first winner as a professional came little more than three months later on Wirswall Prince at Ludlow.

He never won a Grand National but finished second on Badanloch behind Merryman II in 1960, two days after gaining a first success over the famous Aintree fences on Fresh Winds in the Topham Trophy. 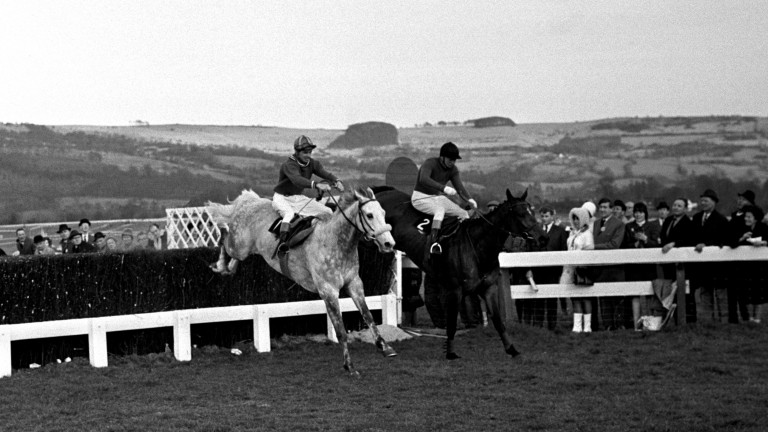 He did not quite win a Cheltenham Gold Cup either, but he was beaten only narrowly by Woodland Venture on Stalbridge Colonist in 1967 after a fierce duel from the second-last.

While those two major prizes eluded him, he won King George VI Chases on Frenchman’s Cove (1964) and Titus Oates (1969) and rode four winners at what was then a much smaller Cheltenham Festival, including on Sandy Abbot in the 1963 Champion Chase. His 11 wins on Frenchman’s Cove also included the 1962 Whitbread Gold Cup.

The ride Mellor he will be remembered for most encapsulated that, for while his beating of Arkle on the 25-1 chance Stalbridge Colonist in the 1966 Hennessy Gold Cup was widely attributed to the massive 35lb weight concession, he insisted that his tactics had also played a significant part.

While understandably proud of the Hennessy win, which made the National news at the time since Arkle was regarded invincible, he nominated a ride four years earlier as the best of his career, when he deployed similar tactics to beat Mill House, another of steeplechasing’s greats, on King’s Nephew in the Cottage Rake Chase at Kempton.

Stalbridge Colonist and King’s Nephew were trained by the cousins Ken and Frank Cundell respectively, while Titus Oates was saddled by Gordon Richards, but Mellor rode many of his biggest winners for Newmarket trainer Tom Jones, who had a powerful team of jumpers at that time but was a Classic-winning trainer when later concentrating on the Flat.

Jones trained Frenchman’s Cove, on whom Mellor reached the 500 mark at Kempton in 1964. He also provided the 924th win over jumps in Britain on Chorus at Nottingham in 1971 which beat Fred Winter’s record, and the landmark 1,000th win on Ouzo in a novice chase, at Nottingham again, that December.

When Mellor retired after winning on Arne Folly at Stratford on the penultimate day of the same season he had ridden 1,035 winners over jumps in Britain, in addition to which there were another nine in Ireland and a handful each on the Flat and overseas.

Besides earning huge respect from his peers as well as the racing public, with whom he was a great favourite, his achievements in the saddle also won him an MBE for services to racing.

Training was a natural second career for Mellor, but he sometimes felt that he underachieved by his own high standards.

"I feel guilty I wasn't more commercially minded as a trainer," he once told the Racing Post’s Rodney Masters. "I could be blamed for being too casual and enjoying it too much.

"A trainer these days must be ambitious and greedy, striving hard for every winner as soon as possible. That's not me, and quite probably the reason the business has gone down the sink a bit in recent seasons. I'm too old-fashioned."

He added: "Looking back, I wonder why I didn't bother to cash in on the good results I had. I didn't have the mentality to encourage owners to spend big sums of money. I was forever looking for value, and that wasn't entirely sensible in the circumstances."

Training initially from Linkslade in Lambourn, where William Muir is now based, and latterly from Pollardstown, named after his top-class hurdler, at nearby Wanborough, Mellor enjoyed his first success in a novice hurdle at Haydock in November 1972 with Drishaune, who went on to finish third behind Willie Wumpkins in the Aldsworth Hurdle (now Ballymore Novices’) at Cheltenham.

His first Festival success came with Alpenstock in the National Hunt Chase five years later, and his biggest wins there were with Pollardstown in the 1979 Triumph Hurdle, Saxon Farm in the same race in 1983 (when he also saddled runner-up Tenth Of October), and King’s Curate in the 1991 Stayers’ Hurdle.

Pollardstown was a great flagbearer for the stable, but it was his misfortune that when he graduated from the juvenile ranks he often found himself locking horns with the likes of Sea Pigeon, Monksfield and Bird’s Nest, who were blessed with more speed.

To his credit he beat Monksfield in the 1980 Sun Templegate Hurdle (now Aintree Hurdle) and was second to Sea Pigeon in the following year’s Champion Hurdle.

The Grand National eluded Mellor as a trainer, just as it had in his former career, but he was fourth with Royal Stuart in 1980, third with his 1979 Cheltenham Gold Cup runner-up Royal Mail in 1981, and third again in 1987 with Lean Ar Aghaidh, who put in a tremendous show at the head of affairs in the hands of 20-year-old Guy Landau.

Both Royal Mail and Lean Ar Aghaidh did collect one major end-of season prize each, the Whitbread Gold Cups of 1980 and 1987 respectively.

While Mellor excelled with stayers, he was versatile in the extreme. The emphasis was always on jumpers, but he sent out a steady stream of winners on the Flat and gained his most important success with the sprinter Al Trui, who was a short-head winner of the 1985 Stewards’ Cup. His last winner was Shepherds Rest in a handicap chase at Folkestone in October 2001.

Mellor, who had been the first chairman of the Jockeys’ Association and also represented the jockeys on the Injured Jockeys’ Fund, is survived by his wife Elain, who was the outstanding female amateur of her time on the Flat, and daughters Dana, a successful professional jockey and a leading light in the establishment of JETS (Jockeys’ Education and Training Scheme) and Linz, who was a winning amateur rider.