Champion jockey adds award for most wins in 2016 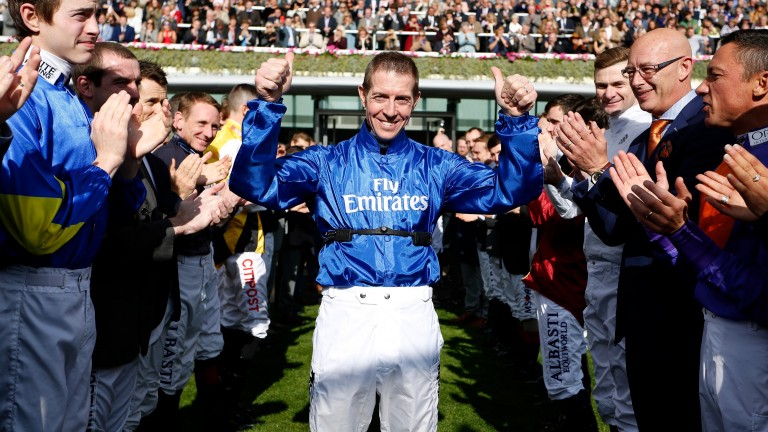 A year to remember for Jim Crowley was capped off in style on Wednesday as it was announced he had landed the Stobart leading jockey of 2016 award.

Crowley was crowned Stobart champion Flat jockey for the first time during his career in October, and has since replaced Paul Hanagan as number-one rider for Hamdan Al Maktoum.

The leading jockey award was given to Crowley for amassing the most winners during a calendar year.

From 1,015 rides in 2016, Crowley has ridden 189 winners at a strike-rate of 19 per cent. He sits 25 winners clear of nearest pursuer Silvestre de Sousa and 30 ahead of last year's winner, Luke Morris.

In addition to the title, Crowley received £15,000 and a commemorative picture frame. The jockey said: "I am delighted to have won the Stobart-backed award for most wins by a Flat jockey in 2016. It’s been a memorable year for me and I am so pleased the faith shown in me by all the owners and trainers has paid off – without them I wouldn’t have had the horses to ride.

"I should also thank my agent Tony Hind, who has been integral to my success this year. I have an exciting new job to look forward to and I hope to continue the momentum I have built up and have an equally successful 2017."