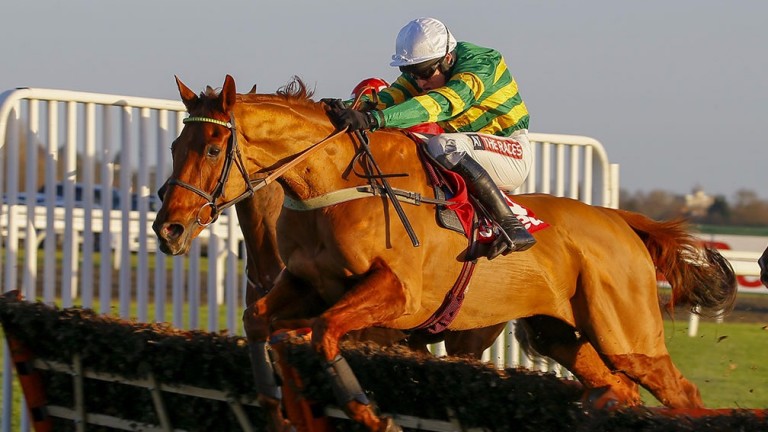 Sent off the 2-1 favourite, the Alan King-trained seven-year-old returned a positive test for Triamcinolone acetonide, an anti-inflammatory, the BHA confirmed on Wednesday.

Although Triamcinolone acetonide can be administered to horses in training, it is not allowed to be present in their system on raceday.

Yanworth's Champion Hurdle reverse was his only defeat during a campaign which yielded four wins, including two at Grade 1 level.

Following Cheltenham, Yanworth ran at Aintree's Grand National meeting, successfully handling a step up in trip to an extended three miles when winning the Liverpool Hurdle.

Yanworth is owned by JP McManus, whose Binocular was ante-post favourite for the 2011 Champion Hurdle before being withdrawn at the 48-hour declaration stage after trainer Nicky Henderson took an elective test which proved he still had a medication in his system.

King's case will be heard by a BHA disciplinary committee on Thursday, although the trainer will not be present.

The committee will comprise Tim Charlton QC, and Dr Lyn Griffiths and Simon Rowlands, who are both hearing their first cases since being among a draft of 23 new appointments to the disciplinary panel in the wake of the BHA's integrity shake-up.

Last year King faced a similar hearing after Midnight Cataria failed a drug test having finished second in a handicap chase at Kempton in October 2015.

The mare also tested positive for Triamcinolone acetonide, and was disqualified from the race, with a £1,000 fine imposed on King.

On that occasion the panel agreed that, on the balance of probability, the source of the positive was the injection administered by King’s veterinary surgeon Jeremy Swan.

FIRST PUBLISHED 8:19AM, JUL 5 2017
Although Triamcinolone acetonide can be administered to horses in training, it is not allowed to be present in their system on raceday