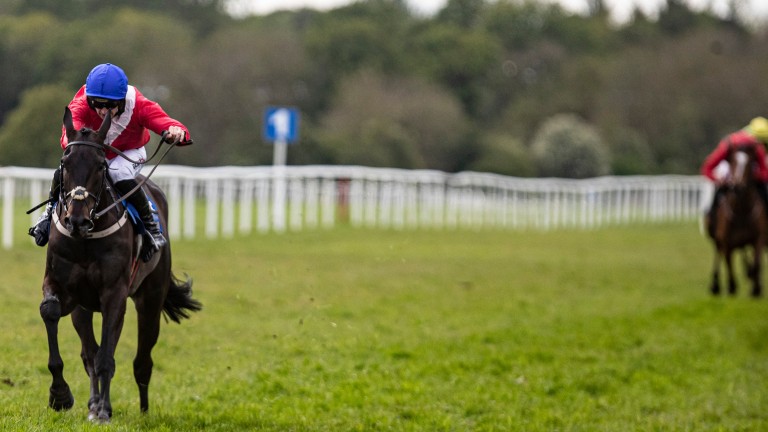 Classic Getaway and Patrick Mullins are clear in the 2m4f bumper at Tipperary
Patrick McCann (racingpost.com/photos)
1 of 1
By Mark Boylan UPDATED 1:41PM, MAY 27 2021

Ante-post markets for a race like the 2022 Weatherbys Champion Bumper are unlikely to bear much resemblance to the actual field come next March, but long-range 10-1 favourite Classic Getaway got his rules career off to a bright start for Patrick and Willie Mullins in the 2m4f bumper.

Sent off at 4-9, the promising Cheveley Park Stud-owned five-year-old handled the heavy ground on offer to score by 15 lengths and is now set to embark on a career over hurdles.

"He's a beautiful horse with a great walk," said the winning rider of the £570,000 purchase – the joint-highest price ever paid for a point-to-pointer at public auction. 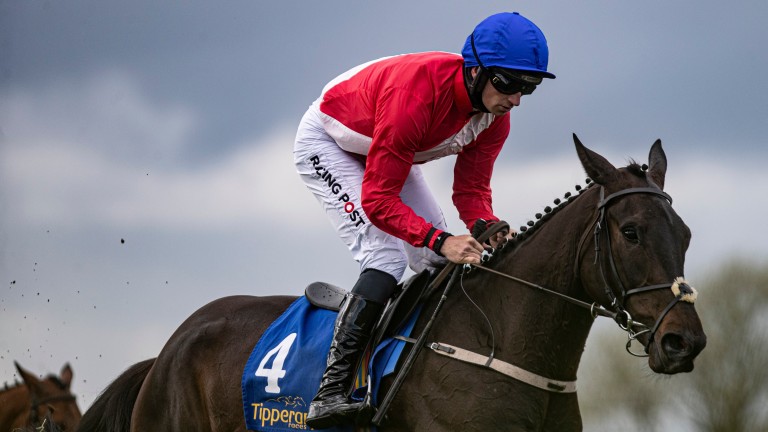 He added: "This horse is a big baby for a five-year-old with a point-to-point run, and that's why I was keen to teach him to stride out. He's not really a bumper horse, and I'd imagine he'll go jumping."

The runaway winner of a Borris House point-to-point for Donnchadh Doyle was one of three horses to join Mullins from Gordon Elliott after the Morgan controversy earlier this year.

Classic Getaway, picked up for £570,000 after winning a point in November, is a half-brother to 2m7f-3m1f chase winner Alminar and didn't have any problems justifying cramped odds on this debut under rules on this first start for Willie Mullins.

It's unlikely he beat anything of note here but he's a highly regarded sort and good type physically who couldn't be in better hands.

But, although he's an exciting prospect who is very likely to hold his own in much stronger company in due course, he's more a staying type and current ante-post odds of around 10-1 for the Champion Bumper at Cheltenham next March make minimal appeal at this stage.

Rachael Blackmore's decision to ride at Ballinrobe rather than Tipperary reaped rewards for Sean Flanagan, who recorded an easy 3m maiden hurdle success aboard the Henry de Bromhead-trained Sovereign Gold.

The seven-year-old took advantage of a good opportunity after main market rival Rocky's Howya was declared a non-runner, striding clear to score by 14 lengths as the 2-5 favourite. 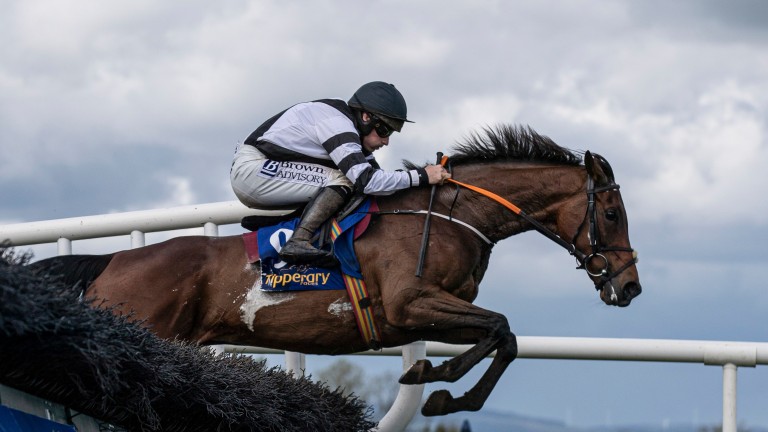 Sovereign Gold soars over a hurdle on her way to victory at Tipperary
Patrick McCann (racingpost.com/photos)

Flanagan, recording his sixth winner of the new campaign, said: "She relished the ground, jumped from hurdle to hurdle and stuck it out well – I'd say she's a good mare.

"Where you're going to go with her at this time of year is the next question, but I was mightily impressed."

Conditions were testing at the Limerick junction venue but that proved no problem for The Dasher Conway, who ran out a ready winner of the 2m maiden hurdle for trainer Gillian O'Callaghan.

The 18-1 chance was O'Callaghan's first victory under rules since her useful Troytown Chase runner-up Mad Brian scored at Navan in February 2017. 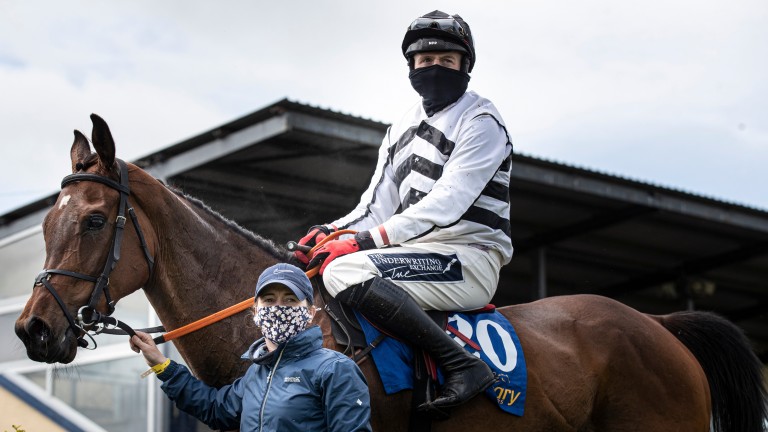 The Dasher Conway: impressive winner of the opener at Tipperary
Patrick McCann (racingpost.com/photos)

"It's been a while since his last run and he's been improving all the time," said the winning trainer after The Dasher Conway's 11-length victory.

"He's a fabulous horse and hopefully there'll be more days with him."

Leonard Whitmore also recorded a welcome winner on the card with the well-backed Queensteel providing the Wexford handler with a first victory under rules since Kilford at Navan in March 2016.

The 185km trip from Tipperary to Ballinrobe for a second jumps meeting of the day in Ireland would have been made shorter for Keith Donoghue and Phillip Enright, who each got on the scoresheet before heading west for one ride.

Donoghue was on board The Dasher Conway, while Enright, fresh from a winner the previous evening aboard Big Debates, guided Nelson's Point to victory for trainer Robert Tyner at 16-1.

FIRST PUBLISHED 6:38PM, MAY 25 2021
He was a bit more expensive than a Rolls-Royce Phantom but I'm pretty sure Mrs Thompson will get more fun out of him than a Rolls Royce

'Homesick Chacun never a factor' - Leighton Aspell with his big-race verdict Ferny Hollow flies to head of Arkle market as Mullins defends cautious approach What did we learn from an attritional John Durkan Chase? Gutsy Allaho 'not at his best' but makes all to land gruelling John Durkan Cheveley Park stars Envoi Allen and Allaho set for heavyweight John Durkan clash Patrick Mullins: 'Riding Chacun in the Tingle Creek is what dreams are made of'