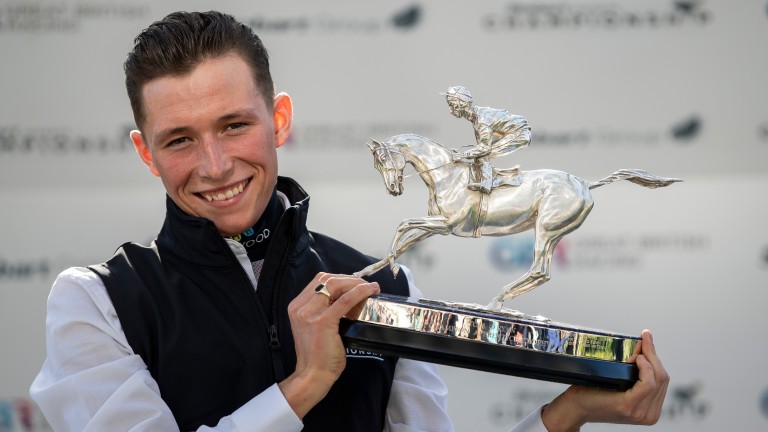 Jason Watson: taken to hospital after a fall at Kempton on Friday
Edward Whitaker (racingpost.com/photos)
1 of 1
By Bruce Jackson UPDATED 11:53AM, JAN 5 2019

Jason Watson has been stretchered off the course and taken to hospital after a fall early in the four-runner mile handicap at Kempton on Friday.

The champion apprentice, who rode 110 winners in a stellar 2018, was fired into the Polytrack after his mount Teresita Alvarez clipped heels 100 yards after the start.

Watson was seen to be kneeling up on a head-on angle within seconds but he soon laid down as ambulance staff rushed to his side.

Some ten minutes later Watson was stretchered off the course and the ambulance made its way slowly across the course and has taken him to St George's Hospital in Tooting.

Watson was reported to be conscious and talking to doctors and was able to move his legs and arms but was being taken to hospital for further assessment.

A track worker brought back Watson's helmet with Paul Roy's mauve silks bearing a big rip from front to back such was the impact of the fall.