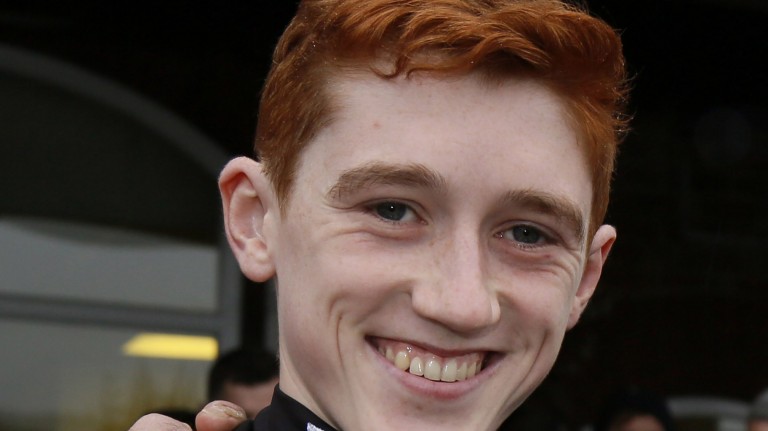 Champion apprentice David Egan is firmly focused on taking the next step in his burgeoning career after losing his claim aboard Keeper’s Choice at Newbury on Thursday.

The Denis Coakley-trained filly brought up this important landmark for Egan, and his boss Roger Varian tweeted: “We offer the biggest congratulations to our champion apprentice, David Egan, who has ridden his 95th career winner, the final one of his claim. A hard-working, well-liked, super-talented rider, David is the ultimate rising star. Well done!”

Egan said: “I am very lucky to have the support of the boss, who has given me eight winners so far this season. It’s a great base to have.”

The weeks and months after losing a claim can shape a young rider’s medium and long-term future, and Egan said: “I realise that things are going to get tougher, but I’m ready for the challenge.

“The aim will be to keep getting on the right horses and ride as many winners as I can. Hopefully it’s a case of onwards and upwards.

Egan added: “I’ll still be able to claim for the next few days, and one of my targets for the rest of the season will be to try and get on a better class of horse.”

Egan, the son of long-time top rider John Egan, has booted home 26 winners already this campaign, and his star remains in the ascendancy.

He partners Neola for Mick Channon at York (3.35) on Saturday before dashing off to Leicester’s evening meeting, where he has five booked rides, including Kaser for Godolphin.

FIRST PUBLISHED 5:18PM, JUN 15 2018
The aim will be to keep getting on the right horses and ride as many winners as I can