Champers aims to put some sparkle into festival challenge 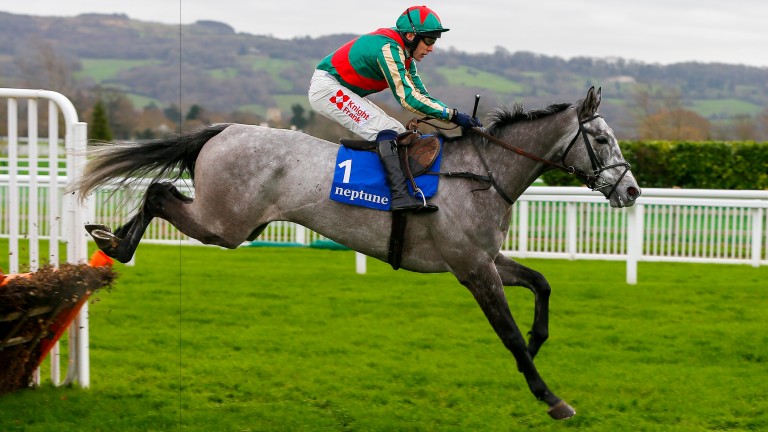 Champers On Ice has a chance to underline his credentials as a leading RSA Chase candidate when his Cheltenham Festival preparations move up a level today.

The grey never finished out of the first three over hurdles, suffering his three defeats in the Grade 1 Albert Bartlett Novices' Hurdle, in which he finished third, and two Grade 2 races.

With those three races won by Unowhatimeanharry, Yanworth and Shantou Village, Champers On Ice has shown he has the class to mix it at the highest level if he can transfer his hurdles form to chasing, and he made an encouragingly start over fences with an easy debut win in a three-runner race at Uttoxeter last month.

American has run only five times but is rated highly enough for Harry Fry to have considered running him in the Grade 1 Kauto Star Novices' Chase over Christmas.

Rebecca Curtis is the only trainer in the race with RSA-winning experience, having landed the festival event with O'Faolain's Boy in 2014. She runs the JP McManus-owned Mystical Knight, who gets a handy 4lb from some of his rivals having recorded his chase win in a Class 4 race. He is also the only runner with course-winning form.

Harry Fry, trainer of American
He will love the ground conditions. We have had this race in mind since the Kauto Star at Kempton but it wasn't soft enough there so we have come here hoping he can give a good account of himself.

David Pipe, trainer of Champers On Ice
He won well at Uttoxeter but this is a step up. He should like conditions and this should be a good test of his jumping – Warwick takes a bit of jumping. The plan is to go to Cheltenham hopefully.

Warren Greatrex, trainer of Chef D'Ouevre
He will love the conditions. He ran very well last time and I think he will come on again. If the cheekpieces work how I think they could work, he could step up quite a lot.

Evan Williams, trainer of Pobbles Bay
He has been progressive over fences. The step up in class will be very interesting. His last two runs have been very progressive and he is a very nice horse.

FIRST PUBLISHED 6:00PM, JAN 13 2017
He should like conditions and this should be a good testing of his jumping. Warwick takes a bit of jumping