Talk of the Tracks THURLES THRILLER 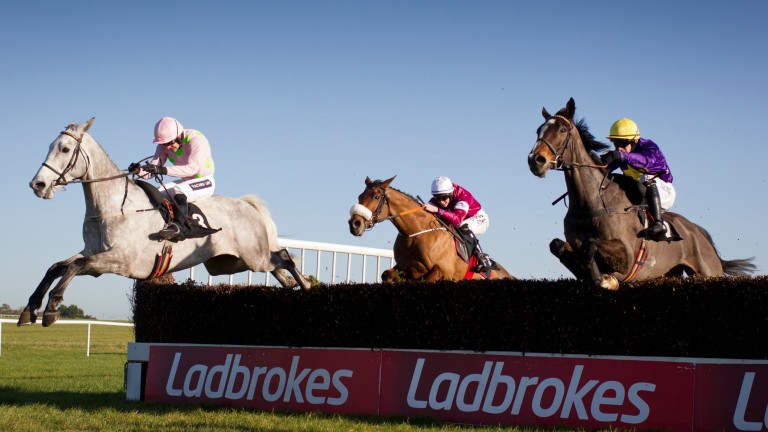 They say it takes two horses to make a great race, and two great horses with a combined absence from the track of 38 months lit up this Thurles Thursday, with Champagne Fever getting the better of a terrific battle of champions in the 2m6f Listed Boomerang Chase.

While Champagne Fever got the verdict, it was arguably 2014 Gold Cup winner Lord Windermere who emerged with the lion's share of the credit.

His 2014-15 season never got going and ended with him being pulled up in both the Gold Cup and Grand National. But this was much more like it under Paul Townend. With the protagonists split by the width of the track, he battled all the way to the line and redeemed his reputation when going down by a head.

Trainer Jim Culloty said: "It's a pity we didn't win but I'm delighted with the horse and hopefully he's sound in the morning; that's the main thing.

"He was as ready as I could get a horse after nearly two years off, and I was expecting him to run well. I'd have been very happy with second before the race and I'm very pleased with him and the way he galloped to the line.

"A faster run race might have taken the sting out of the winner, but there you go. Given normal improvement from a horse who's been two years off I'd be hopeful he can go back into Grade 1 company."

As for Champagne Fever, the dual Cheltenham Festival scorer was winning over a trip beyond two and a half miles for the first time under rules on what was his first start since April 2015.

He jumped with his normal exuberance, apart from one mistake, and found enough under Ruby Walsh on the run to the line.

Trainer Willie Mullins said: "He always runs well on his first run back and we'll probably look for a similar race over two and a half miles. The John Durkan at Punchestown will probably come a bit soon and we might look for something easier, maybe back here or at Clonmel.

"He was keen and fresh early and that might be why we'll come back in trip with him, maybe the whole way back to two miles. Probably not in a Grade 1 but possibly in a Grade 2 or Grade 3. I'm hoping we can just keep rejuvenating him."

FIRST PUBLISHED 3:40PM, NOV 24 2016
They say it takes two horses to make a great race, and two great horses with a combined track absence of 38 months lit up Thurles

Irish occupy British territory as Blackmore and De Bromhead reign supreme Hayes excels on Getaway Gorgeous as partner Blackmore takes honours with treble 'They had great careers and now we want them to have wonderful retirements' Huge highs and big lows: the careers of Faugheen, Douvan and Benie Des Dieux 'They were greats' - Paul Townend lauds Faugheen, Douvan and Benie Des Dieux 'He was the easiest man to find - he's spent the week in the winner's enclosure'