News BACK WITH A BANG

Champagne Fever too hot for Windermere in Thurles thriller 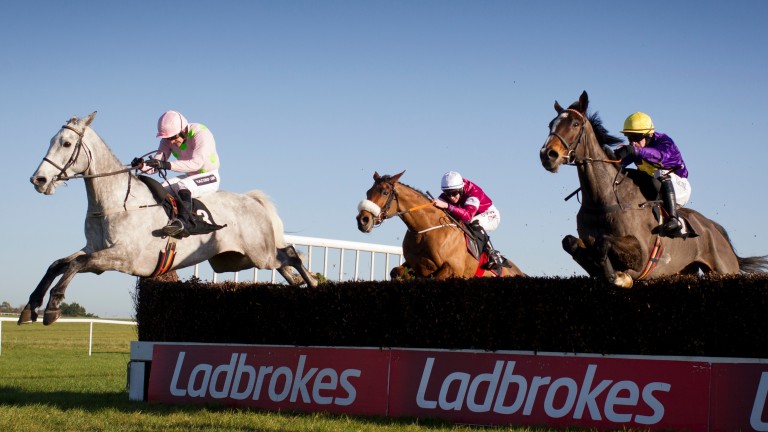 Champagne Fever made a stirring return to racing after a layoff of 576 days to narrowly defeat the 2014 Gold Cup winner Lord Windermere.

Still without a win since his Cheltenham heroics, Lord Windermere had been off the track for even more time than Champagne Fever, returning from just short of 600 days absent.

Given that, the two produced fine performances, culminating in a dash to the line on the run-in with 25-1 shot Lord Windermere gaining on his rival at every stride, before just running out of turf to go down by a head.

The enigmatic Champagne Fever announced himself as a top-notch prospect in 2012 when winning the Champion Bumper at Cheltenham before lighting up the festival with a scintillating display in the following year's Supreme Novices' Hurdle under a masterful Ruby Walsh ride.

He failed to make the track last season but was still sent off an 11-8 shot at Thurles.

Lord Windermere trainer Jim Culloty said: "It's a pity we didn't win but I'm delighted with the horse and hopefully he's sound in the morning; that's the main thing."

Willie Mullins, Champagne Fever's trainer, added: "He always runs well on his first run back and we'll probably look for a similar race over two and a half miles. The John Durkan at Punchestown will probably come a bit soon and we might look for something easier, maybe back here or at Clonmel."

FIRST PUBLISHED 2:01PM, NOV 24 2016
The two produced fine performances, culminating in a dash to the line on the run-in with 25-1 shot Lord Windermere gaining on his rival at every stride

Irish occupy British territory as Blackmore and De Bromhead reign supreme Hayes excels on Getaway Gorgeous as partner Blackmore takes honours with treble 'They had great careers and now we want them to have wonderful retirements' Huge highs and big lows: the careers of Faugheen, Douvan and Benie Des Dieux 'They were greats' - Paul Townend lauds Faugheen, Douvan and Benie Des Dieux 'He was the easiest man to find - he's spent the week in the winner's enclosure'