Chamberlin: we're not dumbing down, we're trying to help racing 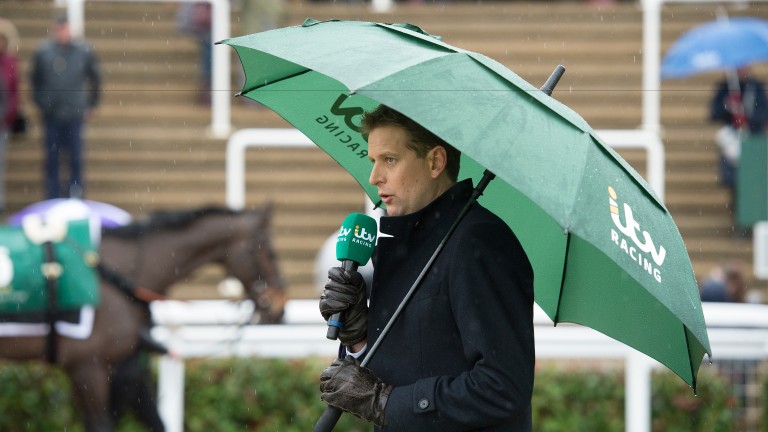 Ed Chamberlin presenting for ITV from a cold, wet and windy Cheltenham parade ring
Edward Whitaker
1 of 1
By Graham Dench 10:04AM, JAN 4 2017

Ed Chamberlin has rejected criticism of ITV's so-called dumbing down of racing and warned the sport has to extend its appeal to a broader audience if it expects terrestrial coverage to continue in the longer term.

Reflecting on the New Year's Day show he hosted from Cheltenham, when ITV took over racing after 32 years on Channel 4, the former lead football presenter on Sky said: "As a sports fan, I honestly don't understand the problem racing people have with what they're calling dumbing down.

"Surely they're aware the sport has to appeal to a broader audience and that their language, unfortunately, is completely alien to a lot of people."

'We may have gone a bit over the top'

He added: "A lot of people I worked with at Sky just couldn't be bothered with the jargon, the nuances and the complexities. We may have gone a bit over the top on day one with our explanations, but it was a two-and-a-half hour broadcast and each one was over in seconds."

Expressing an awareness of the sport's loyal followers, Chamberlin continued: "In no way do we want to insult racing aficionados, but we want people from the outside to feel a part of it. We want the mainstream audience to enjoy this great sport and feel a part of the racing family."

He insisted: "We are not dumbing down. We are trying to help racing. Racing people who criticise us need to realise that their sport, in television terms, could die away very easily unless the audience is broadened. We've got to get it bigger." 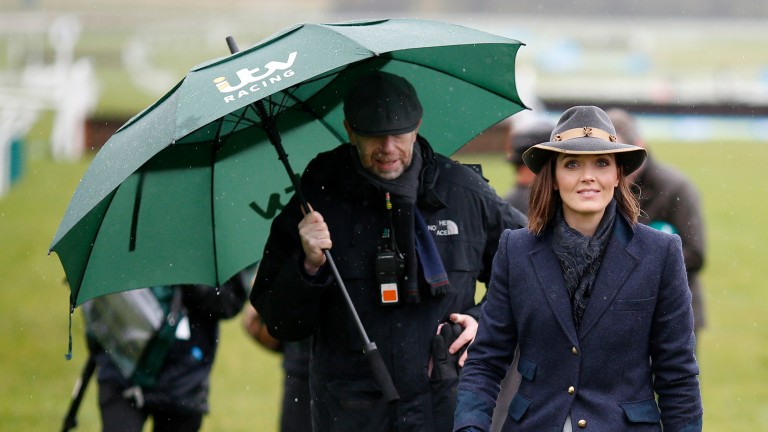 Victoria Pendleton: "You can see her enthusiasm and understand she has a bit of knowledge, for all that she's relatively new to the sport"
Alan Crowhurst
Chamberlin is possibly his own worst critic and has watched the show three times since Sunday, when bad weather contributed to something of a baptism of fire.

He said: "I've done plenty of racing in bad weather but the combination of the cold, the wind and the unrelenting rain just about topped the lot. It really was horrible, but I'm adamant we did the right thing. We could have gone under cover, but we had made a promise to take viewers to the heart of the action."

By contrast, he added: "It was so different to the studio experience doing football, where I would have everything where I wanted it. In no time at all my notes were washed away and my iPad had packed up, but I loved the whole experience."

While unlucky with the weather, Chamberlin felt the show had benefited from very close finishes and excellent stories. He said: "The stars of the day were Lizzie Kelly and the Twiston-Davies family.

'That was racing at its best'

"Sam's joy at brother Willie winning on Cogry will stay with me for a long time. That was racing at its best and the memory I'll take from the day."

He added: "My other highlight, from a television point of view as a sports fan, was having Gabriel Clarke on ITV Racing doing the Jonjo O'Neill feature, as his voice resonates in sport, where many of the best documentaries have his voice on them. That, to me, was pretty damned cool, and he's already working on Cheltenham and Aintree features.

Chamberlin insisted he does not mind criticism and hopes there will be parallels with Monday Night Football on Sky, which he admits got off to a decidedly sticky start before becoming required viewing for football fans.

Referring to himself and Gary Neville, he said: "Richard Keys and Andy Gray had done it for 20 years and excelled, and here were two absolute novices, all over the shop. It didn't go to plan at all.

"We got dog's abuse, but we stuck with it. We were humble and we obviously improved, and look what happened to the show. Sunday's show was my first go at racing, remember, and we will all learn from it."