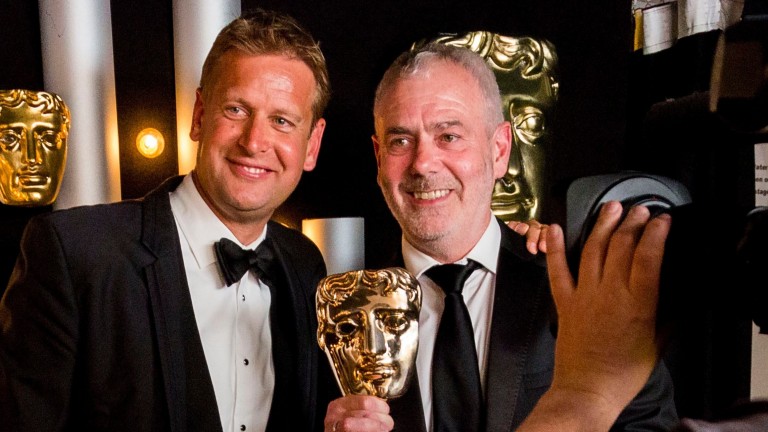 It is perhaps the strongest sporting weekend of the year, with the finals of Wimbledon and Cricket World Cup, the British Grand Prix and Tour de France.

But with ten races in a bumper three-and-a-half hour programme on the main ITV channel, Ed Chamberlin is confident racing can more than hold its own.

It is not just a Super Saturday for racing - there are nine meetings in Britain and Ireland with the ITV cameras at Newmarket, Ascot and York - but for sports fans in general. That means extra competition but Chamberlin believes it also provides an opportunity for horseracing to showcase itself in a prime window when interest is highest.

"It's two or three weeks of simply incredible sport – we're in sporting heaven," said Chamberlin. "And the odd-numbered years when there's not a major football tournament are meant to be the low key ones.

"You've the Cricket World Cup final, British Grand Prix, Wimbledon finals and a British second favourite in the Tour de France and then there's the Open to come.

"I think the fantastic thing Ascot proved is how racing can hold its own, and Frankie Dettori being on the big-race favourite in Advertise certainly doesn't hurt."

The Frankie factor – as bookmakers have found recently to their potential ruin – is as powerful as ever and, in a Flat campaign that was lacking a superstar until Enable's Eclipse win on Saturday, Chamberlin believes the rider has carried the sport with a run of seven Group 1 wins in 38 days.

Delight for Dettori - his seven Group 1 wins in 38 days

He added: "Off the back of Ascot, with the Dettori factor, and Enable doing what she did last weekend – which put a real smile on the face of everyone in the sport – I think there's some real momentum building that hopefully we can continue through the July meeting and Super Saturday."

Super Saturday will be getting the full ITV treatment, with the Tour de France on ITV4 pushing the racing front and centre. The value to the sport of that terrestrial coverage cannot be underestimated and with the Chamberlin-fronted broadcast beginning at 1.25pm and running until 5pm the sport is set to enjoy a major shop window.

Nine of the races – two at Ascot, four at York and three from Newmarket – will be broadcast between 1.45pm and 4pm in a fast-paced programme, but Newmarket has pushed back the Group 1 Darley July Cup at ITV's request to allow Chamberlin and the crew to give the race the build-up they feel it deserves. 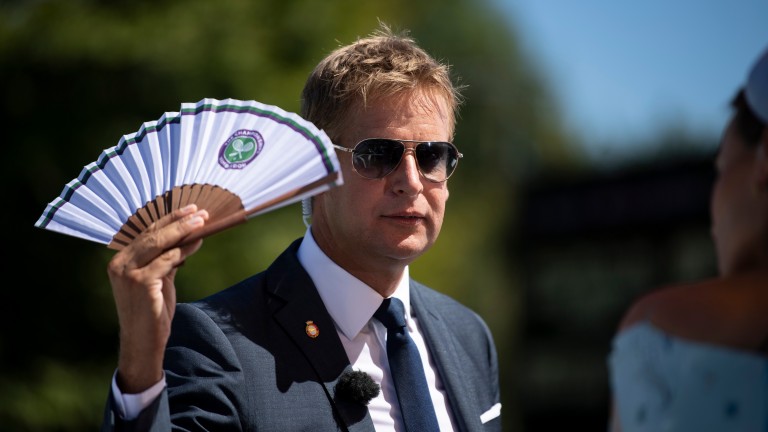 "We like to clear the decks and give the biggest races the full ITV treatment, with Francesca [Cumani] in the paddock and the whole team involved," Chamberlin explained. "We've really found people like seeing the horses and the Classics and these Group 1s really are the focal point of the day.

"We want to give the other races, the John Smith's Cup and the Fred Cowley Memorial, the coverage they deserve, but by clearing the decks it then allows us to take stock and give the big race of the day as much of a build-up as possible.

"It's great Newmarket have helped us out and this summer, and the success of the women's World Cup, is a wonderful example of just how powerful terrestrial television is. To have ten races on the main channel on a brilliant sporting weekend, it's fantastic for the sport and for us – and we're really excited."

FIRST PUBLISHED 6:16PM, JUL 9 2019
To have ten races on the main channel on a brilliant sporting weekend, it's fantastic for the sport and for us - and we're really excited