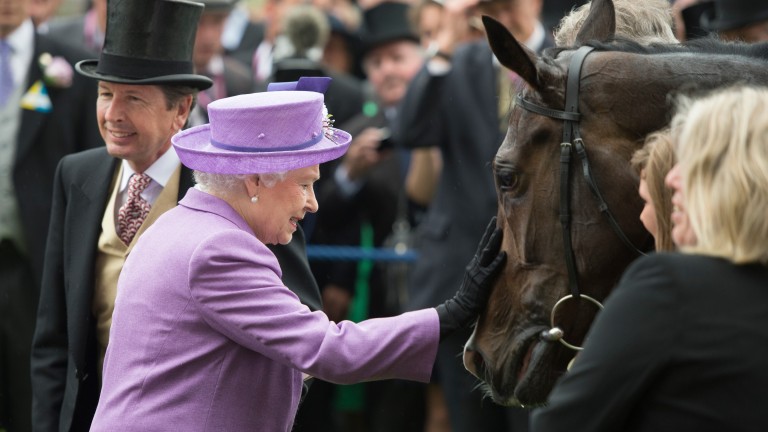 The Racing Post's most famous reader celebrates her 93rd birthday on Sunday, and to mark the occasion we look back at nine of Her Majesty The Queen's best horses, plus three more of her finest who might even have achieved even greater success.

Nine of the best

Although Aureole was the main reason the Queen became champion owner in 1954, Landau played a big part in contributing to her prize-money haul. He won the Rous Memorial Stakes at Royal Ascot and the Sussex Stakes, and finished third in the Eclipse in what was Sir Gordon Richards’ last ride in public.

Mulberry Harbour carried the Queen’s first colours in the 1957 Oaks, but second-string Carrozza was the one who prevailed at Epsom, with Lester Piggott riding his only Classic winner for her. Carrozza was trained by Noel Murless and beat Silken Glider by a short head.

Despite Classic glory with Carrozza, another filly, Almeria, went some way to upstaging her during the same year with success in the Ribblesdale Stakes at Royal Ascot, an emphatic six-length victory in the Yorkshire Oaks and a win in the Park Hill Stakes.

Pall Mall was another Classic winner for the Queen, landing the 2,000 Guineas under Doug Smith. A 20-1 shot, he led running out of the Dip and carried enough momentum to beat Major Portion by half a length. He would also win the first two runnings of the Lockinge Stakes.

It was something of a shock, but Canisbay is notable for being the only winner of the Eclipse to date for the Queen. Sent off a 20-1 shot, he won the 1965 running by a short head.

Highclere won a maiden at Newbury as a two-year-old and swiftly heightened her reputation with success in the 1974 1,000 Guineas without a prep race. She prevailed from Polygamy by a short head, with the Guineas runner-up franking the form in no uncertain terms when winning the Oaks. Epsom was not considered suitable for Highclere so the French equivalent, the Prix de Diane, became the target. With the Queen in attendance at Chantilly, the Dick Hern-trained filly beat Comtesse De Loir by two lengths. Highclere also finished second in the King George.

Another dual Classic winner, Dunfermline kept on dourly to lead in the closing stages of the 1977 Oaks to beat Freeze The Secret. She added to that Epsom triumph with victory in the St Leger at Doncaster, where she became the only horse to beat subsequent dual Arc winner Alleged, who was odds-on favourite for the Leger. She is the best filly the Queen has owned so far.

A daughter of Highclere, Height Of Fashion did not quite live up to her dam's very high standards, but she was still a super horse in her own right. She won the May Hill Stakes and Fillies' Mile as a juvenile, and beat older horses comfortably in the Princess of Wales's Stakes after bypassing the Oaks. At stud she produced outstanding offspring including Group 1 winners Nashwan and Nayef. 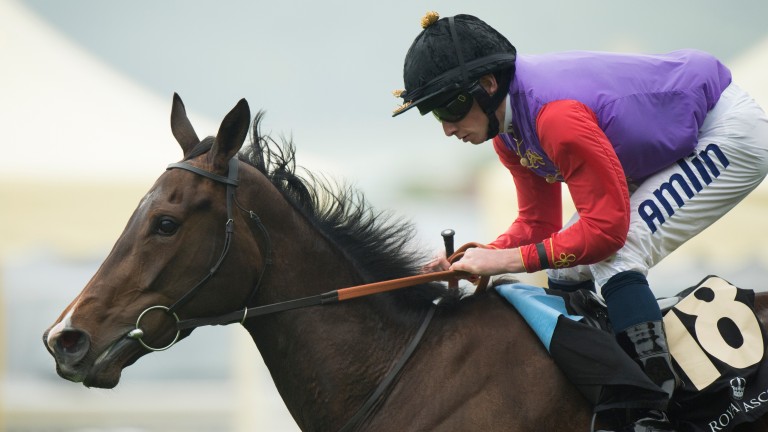 Estimate: winner of the Gold Cup at Royal Ascot in 2013
Edward Whitaker

An impressive winner of the Queen’s Vase at the royal meeting as a three-year-old, Estimate followed up a winning return as a four-year-old at Ascot with a thrilling neck victory in the Gold Cup, beating Simenon. Trained by Sir Michael Stoute, she was the Queen’s first Group 1 winner in Britain for 36 years and made the Queen the first reigning monarch to own a winner of the Gold Cup. Estimate also won the Doncaster Cup as a five-year-old.

Three more of the best who could have shone even brighter

Aureole had a highly successful racing career, winning the Coronation Cup, Hardwicke Stakes and King George as a four-year-old, before becoming a champion at stud.

However, he might also have been a Classic winner, having had three cracks at such a prize. He finished fifth in the 2,000 Guineas, third in the St Leger and, agonisingly, second in the 1953 Derby - the closest the Queen has come to winning the race she must crave above all others. He is the best colt the Queen has so far owned but the Derby was definitely one that got away.

The Queen was not considered the racing power she once was at the start of the 21st century, although Carlton House went some way to reigniting the royal racing flame. Trained by Sir Michael Stoute, he won his maiden by nine lengths as a juvenile and kicked off his Classic campaign with an impressive Dante victory. 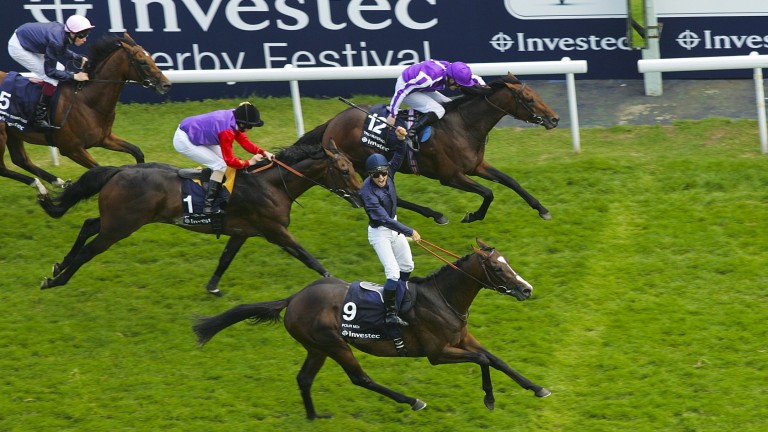 However, sent off 5-2 favourite for the Derby, he could finish only third, a length behind winner Pour Moi, with the race far from going to plan. He went on to finish fourth in the Irish Derby, with his only other win coming in the Brigadier Gerard Stakes. He later ran without success in Australia for Gai Waterhouse.

He was a slow developer, but Dartmouth gradually established himself as better than a handicapper. He kicked on as a four-year-old, winning Group 3s at Chelmsford and Chester, before arguably his biggest win in the Hardwicke Stakes at Royal Ascot. 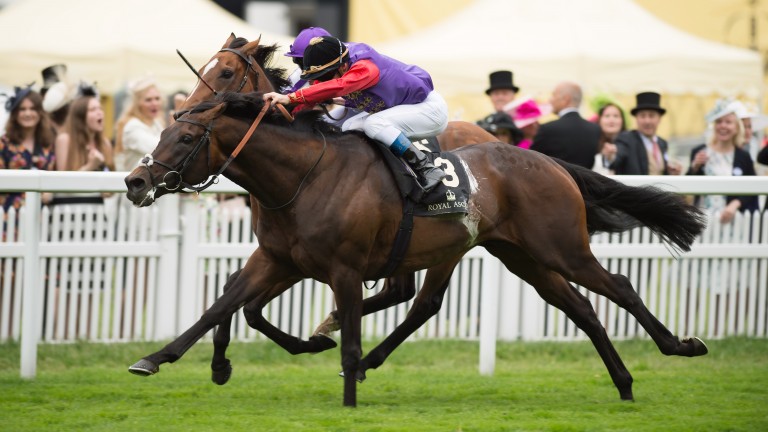 Dartmouth: winner of the Hardwicke Stakes in 2016
Edward Whitaker

He beat Highland Reel at the royal meeting and was only 9-2 for the King George, so it was somewhat of a disappointment he could finish only third, with Highland Reel gaining quick revenge. He won the Yorkshire Cup at York the following season but did not manage to break his Group 1 duck.

FIRST PUBLISHED 10:02AM, APR 21 2019
He is the best colt the Queen has so far owned but the Derby was definitely one that got away

Alfaatik the key contender as eight line up for intriguing Mallard