Cavalier in "form of his life" but heavy ground a worry 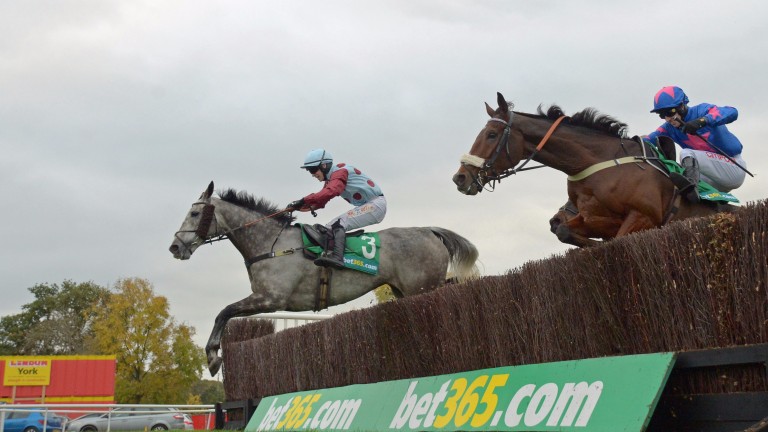 Irish Cavalier bids to become the third horse in five years to complete the Charlie Hall-Betfair Chase double, having risen to new career heights when seeing off Menorah and Cue Card at Wetherby last month.

That was a first success against Cue Card in three attempts and came off the back of an early prep-run at Chepstow.

But Rebecca Curtis is in no doubt that Irish Cavalier is a better horse now than when finishing fifth in last season's King George.

At seven the son of Aussie Rules is, along with Vezelay, the youngest in the line-up and is entitled to still be progressing.

"He has come out of Wetherby really well and is in the form of his life," said Curtis. "The only question is whether he will handle the ground. Hopefully he is a bit stronger now he is older and if it is loose and they can get through it that would be a help."

Irish Cavalier won the valuable Guinness Handicap Chase at the Punchestown Festival in April under Jonathan Moore, a success that soon led to the then conditional rider becoming an integral part of the Curtis team.

FIRST PUBLISHED 6:00PM, NOV 18 2016
Hopefully he is a bit stronger now he is older and if it is loose and they can get through it that would be a help