No problems anticipated for Thursday cards but frost claims Catterick 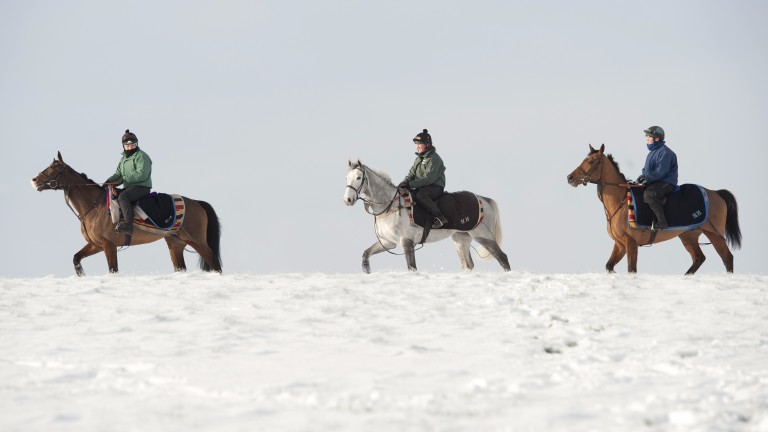 Officials at Doncaster and Kelso are confident the forecast will not pose any problems for Thursday's fixtures after frost claimed Catterick's card on Wednesday.

Frost covers were deployed at Doncaster on Tuesday, covering the whole track, and clerk of the course Roderick Duncan said: "We got down to -4C on Tuesday night but there's no frost in the track and it is not forecast to be as cold on Wednesday night.

"At the moment we're fairly confident."

Duncan added that he did not anticipate any problems for Southwell's all-weather fixture, where he is also clerk of the course.

Temperatures are not forecast to dip below freezing at Kelso, and clerk Anthea Morshead said: "We were perfectly raceable on Wednesday, it is not supposed to get below 2C overnight so we should be absolutely fine.

Despite three inspections, the frost failed to come out of the ground in time at Catterick, with Wednesday's card cancelled.

Following an initial check at 8.30am, the meeting was given every chance with further inspections at 9.30am and 10.30am.

Clerk of the course Fiona Needham said: "It started to freeze around midnight and temperatures dipped to -4C. The fog came down at 9am which meant that it never got above freezing.

"The ground wasn't too bad, it was just a bit crusty on top, and even as conditions were one senior jockey said he was prepared to ride."

Stipendiary steward Adrian Sharpe added: "The stewards made the final inspection, and after considering all options like moving rails they came to the conclusion that in certain places the frost in the ground meant it was unsafe to race."

A trio of inspections was also required at Leicester before racing was given the green light.