News AFTER THE STORM 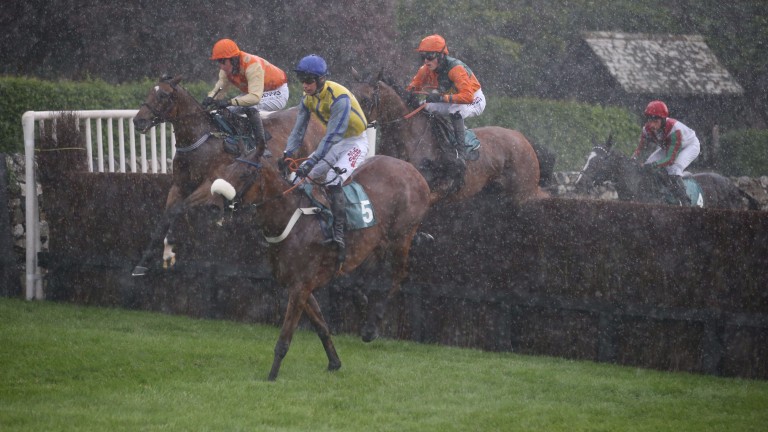 Cartmel: torrential rain forced the abandonment of racing on Saturday
1 of 1
By Keith Melrose 5:18PM, MAY 28 2017

The course at Cartmel was described as "really good and basically fresh" on Sunday after torrential rain on Saturday forced the abandonment of racing.

The course's managing director Jonathan Garratt said: "It poured down after the third race but was still okay for the fourth. Before the fifth it was like someone had turned on the taps."

He added: "We have three road crossings on the course. At one of them, along the woodside straight, it is on a downhill and all the water pooled there.

"It's an all-weather-type surface, but as that's the drainage point for the course it got saturated and became like porridge. Trainers and jockeys were pretty unanimous we couldn't go on."

He added: "We'll be doing some repairs and mopping up today and we'll also be replacing the material at that crossing point.

"The course actually held up really well and is in great nick. We've done a lot of drainage work in recent years, including over the autumn, and it looks to have paid off."

Garratt also spoke of the atmosphere at the course, which was not dampened by the soggy weather.

"Once the rain stopped, lots of people went out and continued their picnics," he said. "It was remarkable. The bars and hospitality stayed busy until 7 or 8pm. I'd like to thank the racegoers for their patience and good humour."

Monday's card features a £20,000 handicap hurdle and has attracted some big southern yards, including those of Philip Hobbs, Jonjo O'Neill and Tom George.

"Hopefully they'll find the course in as good nick as we think it is," said Garratt. "We could do without a lot more rain and the forecasts we use look fairly promising. One actually has us being dry, so hopefully that one's right!"

Monday's card is the bigger of the two over the weekend, Garratt stressed.

He said: "Saturday's card had been an evening fixture in recent years, but the bank holiday Monday card is the original Cartmel meeting, it goes back 160 years. It's still our biggest of the year."

The going at the track was soft, good to soft in places on Sunday morning.

FIRST PUBLISHED 12:29PM, MAY 28 2017
Once the rain stopped, lots of people went out and continued their picnics. It was remarkable