Carlingford Lough set to return at Navan before Leopardstown mission 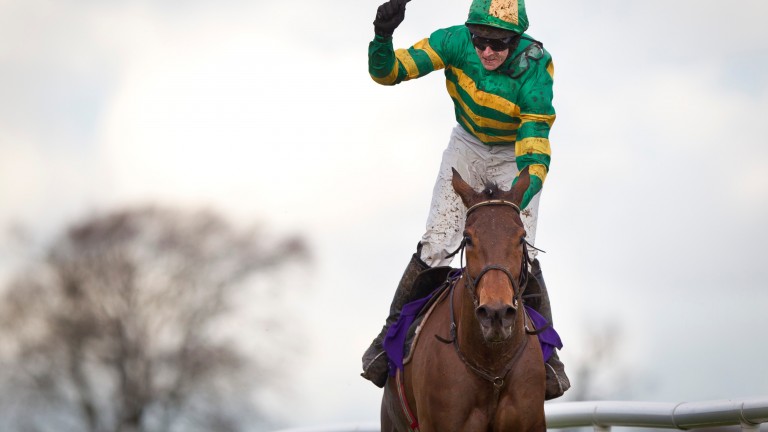 Carlingford Lough will return over hurdles next week at Navan
Patrick McCann
1 of 1
By Brian Sheerin 1:49PM, JAN 13 2017

Five-time Grade 1-winning chaser Carlingford Lough is set to make his return to action a week on Sunday at Navan before a bid to land his third successive Stan James Irish Gold Cup at Leopardstown on February 12.

The John Kiely-trained 11-year-old has not been seen since winning a stirring Punchestown Gold Cup last April and Frank Berry, racing manager to JP McManus, is optimistic the son of King’s Theatre will be able to defend his Irish Gold Cup crown next month.

Berry said: “He is on course for a return to action at Navan next week. Everything is good with him and we are going to give him a spin over hurdles with a view to getting him ready for the Irish Gold Cup. He won the race last year so hopefully we can get him back there. He’s not entered in the Gold Cup at Cheltenham.”

Minella Rocco looks likely to be McManus’s only runner in the Timico Cheltenham Gold Cup and is currently available at a general 33-1.

A winner of the National Hunt Chase at the festival last season, in which he beat Gold Cup second favourite Native River by a length and a quarter, Minella Rocco has yet to enter the winner's enclosure this season.

“Minella Rocco is very much in the Gold Cup picture,” Berry said. “He will have a run some time in the next month or so and we will know more then, but the plan for him is to run in the Gold Cup."

“Bleu Et Rouge didn’t help himself in the early parts of his beginners’ chase win at Leopardstown but, in fairness to him, he came home well," Berry said. "I would say his jumping will need to smarten up for an Irish Arkle but he is on schedule for some of those good races.

“Coney Island is having a little break at the minute and it will be mid February before he has another run and then we will make a decision on what race he will go for at Cheltenham.”