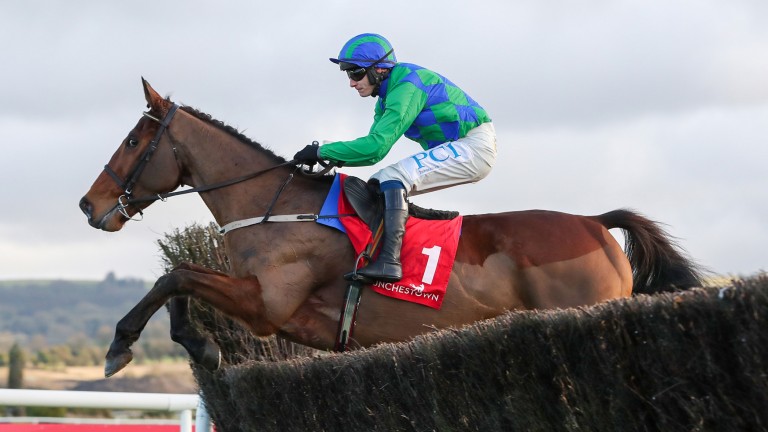 Carefully Selected was shortened into favouritism for the National Hunt Chase, which trainer Willie Mullins thinks will be "right up his street" after a comfortable victory in the Killiney Novice Chase at Punchestown.

The eight-year-old made it two from two over fences with a taking display in this Grade 3 contest over a trip short of his best, and was cut to 9-2 (from 6) for the National Hunt Chase at Cheltenham by Paddy Power, with the same firm cutting him to 14-1 (from 20) for the RSA Novices' Chase.

It was a display of clean and safe, rather than spectacular, jumping from Carefully Selected. He made all and had seen off the challenge of his main danger Speak Easy when that rival took a novicey fall at the last. Thankfully, Speak Easy and rider Mark Walsh got up quickly.

The trainer said: "I was very happy with the way he tackled these fences on his own in front. He was careful when he needed it to be and got good jumps when Paul [Townend, jockey] wanted them.

"He learned an awful lot today and I was very pleased with him. He would enjoy a faster pace and probably a longer trip, but I wanted to get experience into him after we missed Leopardstown.

"The way he jumped there, I would think the National Hunt Chase would look to be right up his street but we'll keep the RSA [option] open too.”

The champion trainer is also keen to get more experience into him before Cheltenham, and he added: “I'd like to get another run into him. A race like the Ten Up Chase at Navan [February 16] might be a possibility.

"Normally I'd think that's too close to Cheltenham but he doesn't seem to take much out of himself. He's a bit lazy but he's well able to gallop on at his fences and be careful when he's left alone, which are the things you look for in a staying chaser.”

City Island has had an unconvincing start over fences but trainer Martin Brassil was pleased with his stable star. He said: “He got in a lovely round of jumping, the ground was just too soft for him.

"Derek just felt he was struggling in the ground so he just held on to him until he turned in and he finished the race well.”

FIRST PUBLISHED 1:20PM, JAN 12 2020
He's well able to gallop on at his fences and be careful when he's left alone which are the things you look for in a staying chaser