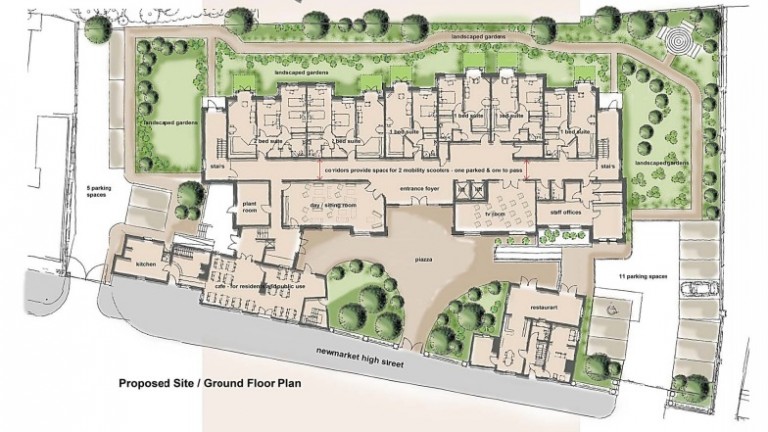 The long-running saga of Queensbury Lodge in Newmarket could be entering its final furlong with owner Bill Gredley confident the latest plans for the site will get local council approval.

The Grade II Listed stables and buildings, parts of which date from the 17th century, are the second oldest in Newmarket but have been out of use since the 1980s.

Since then, the property has become a decaying eyesore at the western entrance to the town, but various plans to redevelop the property were refused.

The most significant of these was a plan to put an Asda superstore on the site in 2013.

Now Gredley and his Unex property group are close to approval for plans to turn the main yard and Queensbury Lodge itself into a care home with the site also having been allocated 50 houses as part of the Forest Heath Local plan.

The local authorities have insisted that the site retains a racing aspect to it and Gredley has complied with this as he plans to build a brand new yard for his son-in-law George Scott on the adjoining Fitzroy Paddocks later this year.

Gredley said: "Subject to further meetings with Forest Heath we expect to be building a care home at Queensbury Lodge and it won't cost anybody a penny. The house and cottage will be retained but the yard itself won't as most of the boxes are fire damaged."

Moving house – with a difference: Meade team relocate to Manton

FIRST PUBLISHED 3:00PM, MAR 31 2018
Subject to further meetings with Forest Heath we expect to be building a care home at Queensbury Lodge and it won't cost anybody a penny