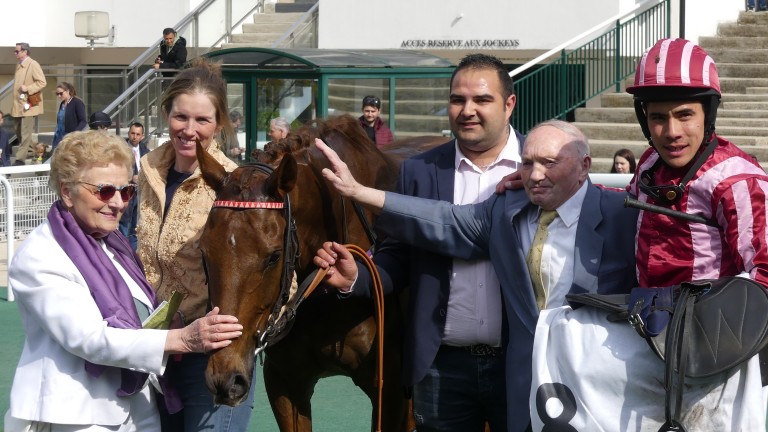 Louisa Carberry showed admirable composure on Sunday as the rest of the racing world woke up to something she has always believed, namely that Docteur De Ballon is a chaser out of the top drawer.

Twenty-four hours earlier Docteur De Ballon and Felix de Giles charged past a field packed with most of the leading staying chasers in France to land the Prix Ingre at Auteuil, a key staging post to next month's Grand Steeple-Chase de Paris.

For Carberry, her husband and assistant – the former Grand Steeple-Chase-winning jockey Philip – and owner/breeders Mr and Mrs Robert Gasche-Luc, victory was all the sweeter given the seven-year-old's career has already been interrupted twice by long-term physical issues.

"We didn't put any pressure on the horse," said Carberry, who trains a string of 20 horses at her base in Senonnes, three hours from Paris. "We wanted him to have a good spin round and his objective is in three weeks, so to win was brilliant.

"Felix gave him a great ride and he's just a horse that loves the job so you can't stop him doing what he loves to do.

"It was a really strong field with most of the fancied horses [for the Grand Steeple-Chase de Paris] except for Bipolaire. It's the first time he’s been up against that level over fences but I have every confidence in this horse and every confidence in Felix."

Almost as pleasing as his short-neck defeat of Dalia Grandchamp was the news that Docteur De Ballon was showing no ill effects from his winning effort on Sunday.

"This morning he went out in the field and he was bouncing, which was really even more important for me that he’s come out of it in one piece," said Carberry. "The whole point was to give him a good look at the fences and to get him home in one piece." 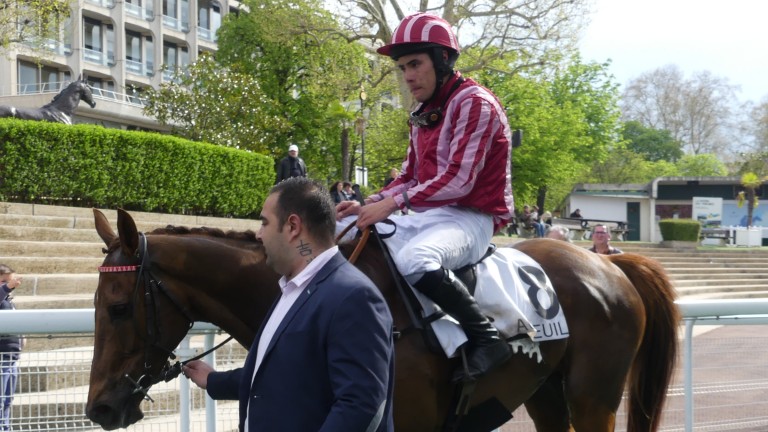 Docteur De Ballon will need to stay another mile in the Grand Steeple-Chase de Paris on May 19, but Carberry is hopeful that his style of racing will give him every chance.

"He's such an easy horse to ride, you can put him to sleep and I think that should really help him," said Carberry. "Along with the runner-up, he was finishing faster than anything and that turn of foot is something you don't often see in a staying chaser.

"If we can just keep filling him up all the way round and then have that to finish with, you’d like to think he can see it out."

Among the other leading candidates, Prix Murat winner Crystal Beach stayed on to be third, while Saint-Goustain Blue gave jockey Jonathan Plouganou no chance when hitting the rail ditch and fence hard on the final circuit.

FIRST PUBLISHED 4:19PM, APR 28 2019
He was finishing faster than anything and that turn of foot is something you don't often see in a staying chaser